The Company also announced the appointment of Ken Siegel as SenesTech's new Chief Executive Officer, succeeding the Company's Co-Founder, Dr. Loretta Mayer, who will remain Chair and Chief Scientific Officer. Today's leadership announcement is part of SenesTech's ongoing strategic plan to position the Company for growth and drive the commercialization of ContraPest, its flagship product. The new approach, launched earlier this year has begun to gain traction with key municipalities and the food/agricultural markets.

Mr. Siegel is a seasoned senior executive with over 25 years of leadership experience at major public and private corporations. He most recently served as President of Diamond Resorts International, a leading independent branded vacation ownership company. Prior to Diamond, he served as Chief Administrative Officer of Starwood Hotels & Resorts, a global hospitality company, until its acquisition by Marriott International in 2016. Siegel's background includes operations, finance, legal, branding and reputation management, sustainability and social responsibility, lobbying and regulatory affairs. He also has extensive experience working with and in technology businesses and is an expert in the development and protection of intellectual property assets.

Ken brings tremendous passion to SenesTech's highly effective, eco-friendly solutions to pest control. He is a recognized leader in corporate sustainability and social responsibility having developed Starwood's innovative strategies to mitigate potential social and economic harms of its business through initiatives that improved overall economic performance. He is a key proponent of strategies to "do well by doing good."

"I believe that SenesTech has developed the right product and technologies for our times," Siegel said. "ContraPest is a highly effective, proven, and eco-friendly solution to an age-old problem.  With growing environmental and effectiveness concerns around existing solutions, SenesTech stands alone in offering a product that addresses a critical need for pest control without the inherent environmental risks of existing rodenticides."

Co-Founders Dr. Loretta P. Mayer, Chair of SenesTech and Chief Scientific Officer, and Dr. Cheryl A. Dyer, President and Chief Research Officer, said, "We are excited to have Ken join us in this leadership role. We know that he shares our commitment to SenesTech's mission and a passion for our product, ContraPest. We also know that his extensive executive experience, corporate relationships and his understanding of the customer are ideally suited to rapidly drive adoption of ContraPest. With Ken's overall leadership, we can continue to focus on SenesTech's enduring vision: sound science, effective solutions."

Mr. Siegel continued, "The awareness and wide availability of ContraPest is the most it has ever been. The activity over the last few months, including deployments in large municipalities, such as Washington DC, St. Louis, Southern California, San Francisco and elsewhere confirms that the need for a novel solution to this persistent problem is evident. Continued successful deployments will enhance the market penetration of ContraPest and our unique technology. Targeting our strategic and tactical marketing efforts directly to the commercial end-user market segments is key to our future success. I am confident that we can drive substantial growth in 2019 and beyond."

Recent Developments:
Since the beginning of the year, SenesTech announced a number of recent developments involving ContraPest, including:

Tom Chesterman, Chief Financial Officer of SenesTech, commented, "Results during the first quarter reflect temporary disruptions as we implemented our end user sales and marketing strategy, delays in deployments due to anticipated seasonal reduction in rodent activity during the quarter and the transition to the removal of ContraPest's 'restricted use only' status at the state level. We continued to drive improvements in our operating expenses and limit our cash utilization. We ended the quarter with cash, cash equivalents and investments of approximately $2.9 million and have received accelerating warrant exercises subsequent to the end of the quarter."

Use of Non-GAAP Measure
Adjusted EBITDA is a non-GAAP measure. However, this measure is not intended to be a substitute for those financial measures reported in accordance with GAAP. Adjusted EBITDA has been included because management believes that, when considered together with the GAAP figures, it provides meaningful information related to our operating performance and liquidity and can enhance an overall understanding of financial results and trends. Adjusted EBITDA may be calculated by us differently than other companies that disclose measures with the same or similar term. See our attached financials for a reconciliation of this non-GAAP measure to the nearest GAAP measure.

Live Webcast Information: Interested parties can access the conference call via a live Internet webcast, which is available in the Investor Relations section of the Company's website at http://senestech.investorroom.com/.

To Ask a Question: The conference call will be moderated by Lytham Partners, an investor relations firm. There will be three options to ask a question during the call:

About SenesTech
SenesTech has developed and is in the process of commercializing a proprietary technology for managing animal pest populations, primarily rat populations, through fertility control. For more information visit the SenesTech website at www.senestech.com. 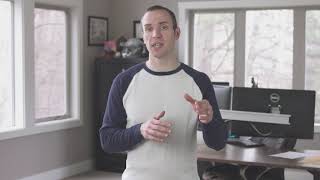 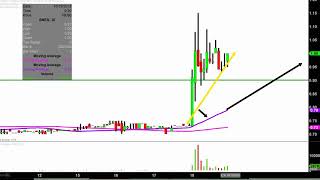 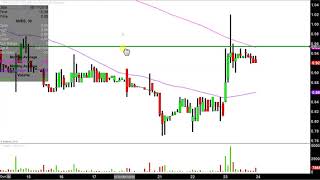