NOT FOR DISTRIBUTION OR RELEASE, IN WHOLE OR IN PART, DIRECTLY OR INDIRECTLY, IN OR INTO THE UNITED STATES OF AMERICA (INCLUDING ITS TERRITORIES AND POSSESSIONS, ANY STATE OF THE UNITED STATES OF AMERICA AND THE DISTRICT OF COLUMBIA) (THE "UNITED STATES"), AUSTRALIA, CANADA, THE HONG KONG SPECIAL ADMINISTRATIVE REGION OF THE PEOPLE'S REPUBLIC OF CHINA OR JAPAN, OR ANY OTHER JURISDICTION IN WHICH THE DISTRIBUTION OR RELEASE WOULD BE UNLAWFUL.

The applications have been made according to the terms and conditions for the Offering described in the prospectus dated 29 January 2020 prepared in connection with the IPO and the supplemental prospectus dated 13 February 2020.

As announced yesterday, BW Group Limited ("BW Group"), the second largest shareholder in BW Energy and the largest shareholder in BW Offshore, has subscribed for shares in the Offering for a total amount of USD 25 million to support a successful completion of the IPO. BW Group's subscription may be scaled back in the allocation in order to facilitate a broadening of the shareholder base and an increased free float. BW Group is represented on the board of directors of BW Offshore and BW Energy. For further information, see the announcement made by BW Energy and BW Offshore on 13 February regarding the revised terms of the Offering.

DNB Markets, a part of DNB Bank ASA and Pareto Securities AS are acting as joint global coordinators and joint bookrunners in the Offering (the "Joint Global Coordinators"). Arctic Securities AS, Danske Bank (Norwegian Branch), Nordea Bank Abp (filial i Norge) and Swedbank AB (publ) (in cooperation with Kepler Cheuvreux) are acting as co-managers (the "Co-Managers", and together with the Joint Global Coordinators, the "Managers").

BW Energy is a growth E&P company with a differentiated strategy targeting proven offshore oil and gas reservoirs through low risk phased developments. The Company has access to existing FPSOs to reduce time to first oil and cash-flow with lower investments than traditional offshore developments. The main assets are 73.5% of the producing Dussafu Marine Permit offshore Gabon and a 95% interest in the Maromba field in Brazil, both operated by the Company. Total net 2P+2C reserves are 247 million barrels at the start of 2020 and gross average production from Dussafu was 11,779 bbl/day in 2019.

Not for distribution in or into the United States, Australia, Canada, the Hong Kong Special Administrative Region of the People's Republic of China or Japan.

In the United Kingdom, this communication is only addressed to and is only directed at Qualified Investors who (i) are investment professionals falling within Article 19(5) of the Financial Services and Markets Act 2000 (Financial Promotion) Order 2005 (as amended) (the "Order") or (ii) are persons falling within Article 49(2)(a) to (d) of the Order (high net worth companies, unincorporated associations, etc.) (all such persons together being referred to as "Relevant Persons"). These materials are directed only at Relevant Persons and must not be acted on or relied on by persons who are not Relevant Persons. Any investment or investment activity to which this announcement relates is available only to Relevant Persons and will be engaged in only with Relevant Persons. Persons distributing this communication must satisfy themselves that it is lawful to do so.

The Target Market Assessment is without prejudice to the requirements of any contractual, legal or regulatory selling restrictions in relation to the Transaction.

For the avoidance of doubt, the Target Market Assessment does not constitute: (a) an assessment of suitability or appropriateness for the purposes of MiFID II; or (b) a recommendation to any investor or group of investors to invest in, or purchase, or take any other action whatsoever with respect to the Company's shares.

Each distributor is responsible for undertaking its own Target Market Assessment in respect of the Company's shares and determining appropriate distribution channels.

This announcement is made by and, and is the responsibility of, the Company. The Managers are acting exclusively for the Company and no one else and will not be responsible to anyone other than the Company for providing the protections afforded to their respective clients, or for advice in relation to the contents of this announcement or any of the matters referred to herein.

This announcement is for information purposes only and is not to be relied upon in substitution for the exercise of independent judgment. It is not intended as investment advice and under no circumstances is it to be used or considered as an offer to sell, or a solicitation of an offer to buy any securities or a recommendation to buy or sell any securities of the Company. Neither the Managers nor any of their respective affiliates accepts any liability arising from the use of this announcement.

Each of the Company, the Managers and their respective affiliates expressly disclaims any obligation or undertaking to update, review or revise any statement contained in this announcement whether as a result of new information, future developments or otherwise. 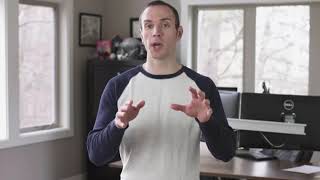 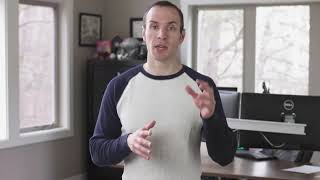 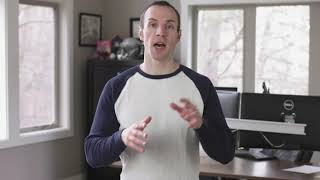