VANCOUVER, Jan. 15, 2019 /PRNewswire/ - Golden Arrow Resources Corporation (TSX-V: GRG, FSE: G6A, OTCQB: GARWF), "Golden Arrow" or the "Company") is pleased to announce that the Company's joint venture partner in Puna Operations Inc., ("Puna") has reported the annual and fourth quarter 2018 operational results for the joint venture, as well as provided the 2019 guidance for the Chinchillas silver-lead-zinc project in Argentina.

"Puna had a pivotal year in 2018, with the first commercial production from Chinchillas coming on stream. We applaud our operating partner for its steady achievements at the project and look forward to Puna reaching the 2019 guidance of six to seven million ounces of silver produced," commented Joseph Grosso, Golden Arrow Chairman and CEO.

Qualified Persons
Brian McEwen, P.Geol., VP Exploration and Development to the Company and a Qualified Person as defined in National Instrument 43-101, has reviewed and approved the contents of the news release.

Golden Arrow Resources Corporation is an exploration company earning production income.  The Company has a successful track record of creating value by making precious and base metal discoveries and advancing them into exceptional deposits. Golden Arrow owns a 25% share of Puna Operations Inc., a joint venture operated by SSR Mining, with more than 8 years of forecast production and upside potential at the Pirquitas -Chinchillas silver mining project.   Golden Arrow is exploring a new portfolio of advanced projects in Chile, as well as other targets within its portfolio of more than 200,000 hectares of properties in Argentina. The Company is a member of the Grosso Group, a resource management group that has pioneered exploration in Argentina since 1993.

ON BEHALF OF THE BOARD 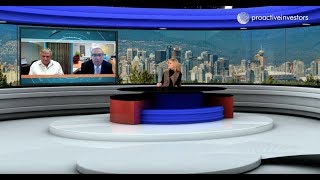 Golden Arrow Resources begins production at its Chinchillas mine in Argentina