PLANO, Texas, June 30, 2020 /PRNewswire/ -- For more than 60 years, Toyota has been growing its presence in the United States, and today the company announced it will reach its January 2017 pledge to invest $13 billion over a five-year period one year earlier than anticipated. In addition to the investments previously announced, the company invested $5.9 billion in supplier tooling, general plant upgrades, research & development, and other selling, general administrative costs, as well as a $1 billion investment into the Toyota Research Institute.

"For more than six decades, we have been committed to serving our U.S. customers by investing locally and building cars where we sell them," said Ted Ogawa, chief executive officer for Toyota Motor North America. "Our commitment to the U.S. market is unwavering, and we are underscoring this point today with the completion of a $13 billion investment and over 6,500 new jobs since 2017 as we focus on advancing electrification and improving mobility for more Americans."

As the new USMCA takes effect on July 1, Toyota is well-positioned to meet the aggressive new content requirements. Toyota has created a tremendous value chain in the U.S., with more than $28.4 billion direct investment in the U.S., nine manufacturing facilities, 10 including our joint venture with Mazda, nearly 1,500 dealerships and over 184,000 people working across the U.S.

About Toyota
Toyota (NYSE:TM) has been a part of the cultural fabric in the U.S. and North America for more than 60 years, and is committed to advancing sustainable, next-generation mobility through our Toyota and Lexus brands. During that time, Toyota has created a tremendous value chain as our teams have contributed to world-class design, engineering, and assembly of more than 40 million cars and trucks in North America, where we have 14 manufacturing plants, 15 including our joint venture in Alabama (10 in the U.S.), and directly employ more than 47,000 people (over 36,000 in the U.S.). Our 1,800 North American dealerships (nearly 1,500 in the U.S.) sold 2.7 million cars and trucks (2.4 million in the U.S.) in 2019.

Through the Start Your Impossible campaign, Toyota highlights the way it partners with community, civic, academic and governmental organizations to address our society's most pressing mobility challenges. We believe that when people are free to move, anything is possible. For more information about Toyota, visit www.toyotanewsroom.com. 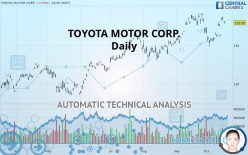 TOYOTA MOTOR CORP. is part of a very strong bullish trend. Traders may consider trading only long positions (at the time of… 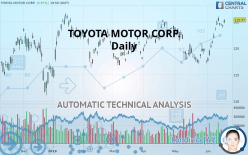 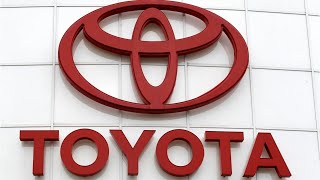 How The ‘Boring’ Toyota Camry Became A Best-Seller In America 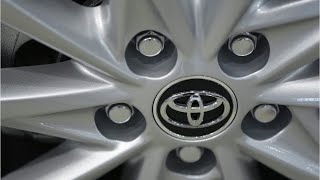