FX/Indices
Are you looking for opportunities in indices and forex?
DISCOVER LONDINIA OPPORTUNITIES...
STATE OF THE MARKETS
Stocks’ rout continues as safe-havens kick in. US stocks continue to be sold on Monday after news of China slowdown gripped the market amid fear of a coming recession in the US and Europe. Nasdaq (-4.29%) was the worst hit, followed by Russell (-4.21%), S&P (-3.20%) and Dow (-1.99%). Safe-haven’s demand was high after bond yields reached multi-years highs, with the 10Y benchmark hitting 3.02% for the first time since November 2018. As at writing, inversion remains between the 7Y (3.04%) and 10Y (3.03%) by a basis point.

In the commodities market, China slowdown news dragged crude lower to close below $101.30/bl while gold lost bids as yields struck higher and the non-interest bearing metal settled around $1,853.80/oz as New York closed. Elsewhere, similar fate hit iron ore as the commodity reeled lower to $133.30/tn amid safe-haven flows.
In the FX space, demand for King Dollar pulled back in favor Yen, Euro and Sterling as Aussie and Kiwi were offered in the long term. Overall Sentiments were evidently bearish as the CNN fear and greed index fell to 20 from 32 last Thursday.

Medium-term pullback, but risk for deeper correction remains. Crude slipped lower after news of China slowdown that would affect global demand, Saudi’s Aramco slashed price for June delivery and Hungary’s objection to EU ban on Russian’s oil. However, news reported that the US plans for a buyback in Q3 to replenish its SPR reserves. Technically, crude is at an uptrend channel after a long term break-out and this is a medium term pullback. However, risk for deeper correction remains.
This member declared having a buying position on this financial instrument or a related financial instrument.

The basic bullish trend is very strong on WTI CRUDE OIL but the short term shows some signs of running out of steam. However,… 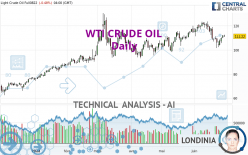 The bullish trend is currently very strong on WTI CRUDE OIL. As long as the price remains above the support at 106.61 USD,… 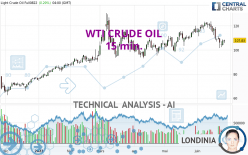 WTI CRUDE OIL is part of a very strong bullish trend. Traders may consider trading only long positions (at the time of… 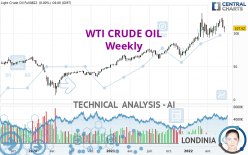