The investigation concerns whether Boston Scientific and certain of its officers and/or directors have engaged in securities fraud or other unlawful business practices.

On April 16, 2019, the U.S. Food and Drug Administration ("FDA") announced that it had "ordered the manufacturers of all remaining surgical mesh products indicated for the transvaginal repair of pelvic organ prolapse (POP) to stop selling and distributing their products in the U.S. immediately."  The FDA stated that "the manufacturers, Boston Scientific and Coloplast, have not demonstrated a reasonable assurance of safety and effectiveness for these devices," as required to continue marketing the devices in the United States.

The Pomerantz Firm, with offices in New York, Chicago, Los Angeles, and Paris, is acknowledged as one of the premier firms in the areas of corporate, securities, and antitrust class litigation. Founded by the late Abraham L. Pomerantz, known as the dean of the class action bar, the Pomerantz Firm pioneered the field of securities class actions. Today, more than 80 years later, the Pomerantz Firm continues in the tradition he established, fighting for the rights of the victims of securities fraud, breaches of fiduciary duty, and corporate misconduct. The Firm has recovered numerous multimillion-dollar damages awards on behalf of class members. See www.pomerantzlaw.com.

BOSTON SCIENTIFIC is part of a very strong bearish trend. Traders may consider trading only short positions (for sale) as… 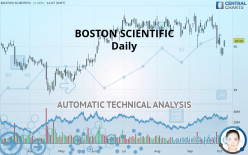 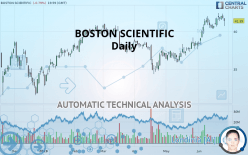