Shopify expects to use the net proceeds of the Offerings to strengthen its balance sheet, providing flexibility to fund its growth strategies.

No securities regulatory authority has either approved or disapproved the contents of this news release. This news release shall not constitute an offer to sell or the solicitation of an offer to buy, nor shall there be any sale of these securities in any province, state or jurisdiction in which such offer, solicitation or sale would be unlawful prior to the registration or qualification under the securities laws of any such province, state or jurisdiction.

Shopify is a leading global commerce company, providing trusted tools to start, grow, market, and manage a retail business of any size. Shopify makes commerce better for everyone with a platform and services that are engineered for reliability, while delivering a better shopping experience for consumers everywhere. Headquartered in Ottawa, Canada, Shopify powers over one million businesses in more than 175 countries and is trusted by brands such as Allbirds, Gymshark, Heinz, Staples and many more.

The bullish trend is currently very strong on SHOPIFY. As long as the price remains above the support at 406.99 USD, you… 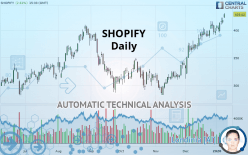 The bearish trend is currently very strong for SHOPIFY. As long as the price remains below the resistance at 295.47 USD, you… 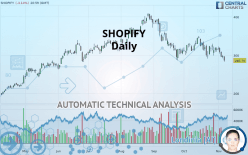 There is a bearish trend on SHOPIFY both at the basic level and in the short term. A sale could be considered, so long as the… 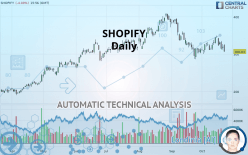 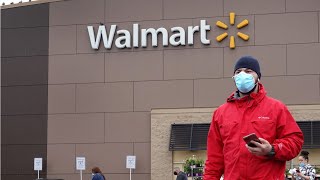 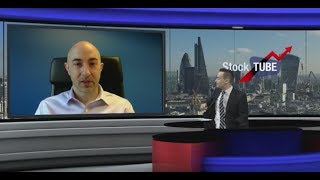