SCOTTSDALE, Ariz., Jan. 08, 2019 (GLOBE NEWSWIRE) -- Best known as five-term U.S. Senator passionate about his native state of Arizona, Barry M. Goldwater (1909-1998) was also a gifted photographer, serving for decades as one of the first and foremost photographers for Arizona Highways magazine, which published hundreds of Goldwater’s iconic photographs celebrating the landscape, people and culture of the state. Through a collaboration between the Barry & Peggy Goldwater Foundation (Foundation), dedicated to preserving, digitizing and sharing Goldwater’s images, and Arizona Highways magazine, Western Spirit: Scottsdale’s Museum of the West (SMoW) announced today the public opening of the latest in its rotating exhibitions -- Photographs by Barry M. Goldwater: The Arizona Highways Collection.

This is the first time SMoW will feature an all-photography exhibition, highlighting the range of Western storytelling by this museum, which is dedicated to illuminating the past to enlighten the future -- bridging the Old West and the New West.

During his lifetime, Goldwater took more than 15,000 photographs, hundreds of which have appeared in nationwide exhibitions, the Senator’s photo books and among the pages of Arizona Highways.

According to Barry M. Goldwater, “My photo books on Arizona are my last will and testament to my love for my native state.”

“My grandfather had a long history with Arizona Highways, as well as a passionate wish to share his photographs with the world,” said Ali Goldwater Ross, Executive Director of the Barry & Peggy Goldwater Foundation and curator of the Goldwater exhibition debuting at SMoW. “Establishing the Foundation and being able to make this premier exhibition a reality has been an incredible labor of love. I’m so grateful to my family, Arizona Highways, SRP, SMoW and the Sands family for their support and recognition of the importance of our mission. I know ‘Paka’ (as known by his grandchildren) is watching over and guiding me through this process every step of the way.”

Located in the Derek Earle Emergence Gallery and the Ellie and Mike Ziegler Heritage Gallery, the exhibition showcases 34 photographs, as well as personal items – such as Goldwater’s camera, cowboy hat and boots – along with photos of family and friends, including celebrities such as Clark Gable.

“On behalf of the community of Scottsdale and all of Arizona, our City-owned museum is most proud to debut this landmark exhibition featuring the photography by Barry Goldwater and to honor the legacy of one of our state’s greatest statesmen and accomplished photographers,” said Mike Fox, CEO and Director of SMoW. “Barry Goldwater gained the friendship, trust and respect of Native Americans and others throughout the region, which helped him to capture iconic imagery of Arizona’s people and environments. We thank all our sponsors and collaborative partners, including Ali, Arizona Highways and the Barry & Peggy Goldwater Foundation, for bringing this touching exhibition to the home state of Honorable Senator Goldwater in order for our museum’s visitors to be awed by his artistic attributes.”

The exhibition will showcase imagery across Arizona featuring landscape, people and culture through Barry Goldwater’s unique lens and photography skills.

Exclusive programming supporting this unique exhibition includes “Growing Up Goldwater: Family Photographs & Stories,” Jan. 30, 1-2 p.m. at the Virginia G. Piper Auditorium/Theater at SMoW. This presentation will deliver never-before-revealed to the public rich and rewarding stories behind some of Goldwater photographs as told by a panel of Goldwater family members.

The SMoW Museum Store, which features a range of Western-themed items, will offer a unique collection of branded merchandise including Goldwater’s Foods of Arizona gourmet salsas, the Senator’s Chili Mix and jalapeño jelly – beloved favorites of the Senator and his family. Also available will be a Special Edition Exhibition Poster featuring one of Goldwater’s best images – a 1976 photograph of Totem Pole, an area on the Navajo Nation referred to as Yei-be-chai, where, in the distance, two Navajo sisters ride double bareback to their home across this stark landscape. Also available is the Dec. 2018 edition of Arizona Highways magazine, a double issue dedicated to Goldwater and his Arizona Highways Collection of photography. The pages of this sold-out edition come to life for SMoW guests through this stunning exhibition.

Dedicated to telling stories of the Greater Western Region with both permanent and rotating exhibitions, the Goldwater exhibition is the fourth of eight new exhibitions to open at SMoW, a Smithsonian Affiliate, in the 2018-19 season.

Arizona Highways
Arizona Highways has been showcasing the people, places and things that make Arizona unique since 1925. The magazine has subscribers in all 50 states and more than 100 countries globally.  Since 1938 it has published hundreds of Barry Goldwater’s photographs, in both color and black-and-white.

About Western Spirit: Scottsdale’s Museum of the West (SMoW)
Since its opening in Jan. 2015, SMoW has become a Smithsonian Affiliate organization. The museum is also a recipient of the TripAdvisor Certificate of Excellence, enjoys a 4.5 star out of 5 star rating on TripAdvisor and Yelp and is recognized as the “Nation’s Best Western Museum” (2019 Editors’ Choice, True West magazine). SMoW features regularly changing and permanent exhibits of Western and Native American art and artifacts, entertaining events and informative programs that bring the West’s heritage, culture and community to life. Permanent exhibitions continuously on display include Canvas of Clay: Hopi Pottery Masterworks from The Allan and Judith Cooke Collection, which features 65 of the finest examples of Hopi pottery, and The Abe Hays Family Spirit of the West Collection, a showcase of more than 1,400 saddles, spurs, cowboy gear and other Old West artifacts.

Buildings and Campus
SMoW is owned by the City of Scottsdale and the museum is managed by Scottsdale Museum of the West, a non-profit 501(c)3 organization.  It features an award-winning 43,000-square-foot, two-story main building designed by Phoenix-based architectural firm Studio Ma. The museum campus was designed by landscape architect Colwell Shelor of Phoenix and features low-water use desert plantings. Both indoor and outdoor spaces are certified as LEED® (Leadership in Energy and Environmental Design) Gold, conserving precious natural resources, while raising public awareness of their vital importance to the Western region.

SMoW also features the beautiful outdoor Christine and Ted Mollring Sculpture Courtyard with a rotating selection of sculptures. The 135-seat Virginia G. Piper Charitable Trust Theater/Auditorium hosts performances, special programs and events. The Sue and Robert Karatz Museum Store offers a rare and wide selection of Western-themed art and gifts. “Spirit Is” is an exclusive 10-minute must-see film shown on the hour at the museum that captures the spirit of the West.

SMoW is located in Old Town Scottsdale, one block west of Scottsdale Road at First Street. The museum is readily accessible from throughout the metro Phoenix area and is within easy walking distance of numerous art galleries, retail stores and restaurants. The free Downtown Scottsdale trolley stops at the museum campus.

A photo accompanying this announcement is available at http://www.globenewswire.com/NewsRoom/AttachmentNg/4e9a2f44-7873-40cf-afcf-ddecfc334b84 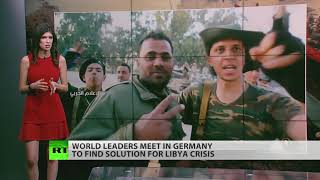 Ethereum to Sneak Up ON BTICOIN! 2020 Year of #DeFi 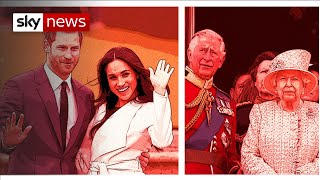 What does the future look like for Harry and Meghan?
1 free credit 1 free