Washington, D.C., April 19, 2019 (GLOBE NEWSWIRE) -- Washington, D.C. – Footage released to Animal Wellness Action (Action) from a horse owner in Alabama shows despicable and even gruesome mistreatment of horses who are the victims of “soring” – the practice of intentionally injuring the foot and lower legs of horses to achieve a high-stepping gait in horse shows known as the “Big Lick.”

The horse owner identified Joseph Abernathy as the farrier that “pressure shod” the horse by driving hot nails into the part of the hoof where it is known to be the most painful. When the owner found this horse, he was barely able to stand and drenched in sweat despite 40-degree temperatures. The horse’s muscle enzymes became elevated which led to renal failure.

Click here, here, and here, to watch videos of pressure shoeing damage and horse in distress after front legs and hooves intentionally injured in soring incident.

Action obtained the footage from a former “big lick” owner and rider who alerted our organization to this treacherous abuse. Abernathy, the alleged perpetrator in this case, has not been prosecuted even though the conduct constitutes blatant animal cruelty.

The release of this footage prompted Action to call on key House lawmakers to move forward the U.S. Senator Joseph D. Tydings Memorial Prevent All Soring Tactics (PAST) Act, H.R. 693, which has attracted a majority of House lawmakers as cosponsors – 219 total – this week.  Action will share the footage with all 535 Congressional offices and expect the awareness associated with the footage to draw dozens more cosponsors in both chambers.

“Horse soring, as our new footage shows, is barbarism masquerading as sport,” said Wayne Pacelle, founder of Animal Wellness Action. “This particular perpetrator is a repeat offender, and only a stronger law, and its proper enforcement, will bring people like him to justice.”

The PAST Act, H.R. 693, introduced by Reps. Kurt Schrader, D-Ore., and Ted Yoho, R-Fla., would ban the use of painful large stacked shoes and ankle chains in the show ring, eliminate the existing system of self-regulation by this industry, and toughen penalties for violators of the Horse Protection Act. The Senate companion bill, S. 1007 led by U.S. Senators Mike Crapo, R-Ida., and Mark Warner, D-Va., was recently introduced with a bipartisan group of five Republican and six Democrat lawmakers as cosponsors.

“The PAST Act is an easy, bipartisan solution that every Member of Congress should be able to get behind, as is evidenced by the significant achievement of support from over half of the House of Representatives,” said Rep. Kurt Schrader. “Horse soring still runs rampant, as is evidenced in these awful videos, even though laws have been on the books banning this cruel practice for decades. Our bill will strengthen and improve current regulations by improving USDA enforcement, increasing civil and criminal penalties, and banning incentives to sore horses. I thank my very many colleagues for their support as we seek to put an end to this abusive practice once and for all.”

The USDA confirmed with Action that the horse’s owner had also contacted the USDA about the incident, but that loopholes in the Federal law prevented them from taking action.

“As former president of the trade association for the Walking Horse industry, I’ve seen firsthand how a subset of "Big Lick" horse show enthusiasts habitually torture horses just to win ribbons at shows,” said Marty Irby, executive director of Animal Wellness Action and an eight-time World Champion rider.  “I know the dirty, abusive underside of this particular industry, and the insidious maiming of horses involved in this sport must stop.

House Democrats recently adopted an internal protocol stipulating that any bill with 290 cosponsors will automatically go to the floor for a vote of the full House.  “We value the 290-cosponsor rule, and there is no reason for a delay in bringing this anti-cruelty bill to the floor,” added Irby.  “This measure has immense public and Congressional support and the time has come to pass the PAST Act.” 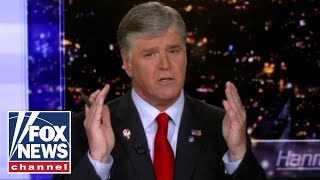 Hannity: The chaos in America needs to end now 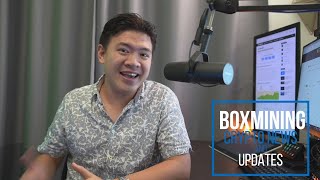 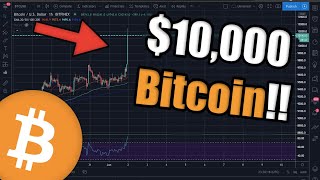