LEEDS, England, May 16, 2019 /PRNewswire/ -- 4D pharma plc (AIM: DDDD), a pharmaceutical company focusing on the development of Live Biotherapeutics, today announced that data from the completed Phase Ib clinical study of Thetanix® for the treatment of Crohn's disease will be presented on 18 May in a poster session at the 2019 Digestive Disease Week meeting in San Diego. The poster was nominated as a "Poster of Distinction" within the top 10% of posters submitted to the congress. The Company has previously announced the top-line results from this study.

This study met its primary objective, demonstrating that Thetanix® was well tolerated with a good safety profile.

The poster and presentation from these meetings will be made available on the 4D website in due course.

Founded in February 2014, 4D is a world leader in the development of Live Biotherapeutics, a novel and emerging class of drugs, defined by the FDA as biological products that contain a live organism, such as a bacterium, that is applicable to the prevention, treatment or cure of a disease. 4D has developed a proprietary platform, MicroRx®, that rationally identifies novel bacteria based on a deep understanding of function and mechanism.  4D's Live Biotherapeutic products are orally delivered single strains of bacteria that are naturally found in the healthy human gut. 4D has three clinical studies in progress, namely a Phase II clinical study of Blautix® in Irritable Bowel Syndrome, a Phase I/II study of MRx0518 in combination with Keytruda® in solid tumours and a Phase I study of MRx0518 in a neoadjuvant setting for patients with solid tumours. Other focus programmes include disease areas such as asthma and CNS disease.

Crohn's disease is a chronic inflammatory bowel disease which can occur in any part of the gastro-intestinal tract, but primarily affects the small intestine. Patients suffer from diarrhoea, rectal bleeding and abdominal pain. Many often require long-term medical therapy, are repeatedly hospitalised and may even require surgical intervention. Crohn's disease remains an area of significant unmet medical need. In the mild-to-moderate population, patients are typically treated with long-term immunosuppressants, which are not effective in all individuals and often lead to the development of severe side effects. Safe and effective novel drugs are needed to provide improved treatment options for patients, particularly in the maintenance therapy setting. The global market for Crohn's disease was worth $10.4 billion in 2017 and is expected to grow to approximately $11.5 billion by 2024.

Paediatric CD is a severe condition with additional health impacts such as impaired development and growth retardation. The frequency of extensive disease with more severe lower bowel involvement is much more common in the paediatric population than in adults. Immunomodulators, biologics and steroids, whilst used widely to treat the adult population are often considered too aggressive for use in children and there is a clear unmet need for safe and effective long-term alternatives to these products.

Thetanix® is a single-strain Live Biotherapeutic candidate in development for the treatment of Crohn's disease. It acts upstream of many biologics that are approved for Crohn's disease and inhibits NF-κB activation which has been found to be overactive in many inflammatory diseases. A pirin-like protein (PLP) produced by the bacteria has been identified as a candidate effector molecule. In addition to showing efficacy in multiple preclinical models of Inflammatory Bowel Disease, the Phase Ib study demonstrated safety and tolerability and a Phase II study is being planned. Thetanix® has orphan drug designation for paediatric Crohn's disease. 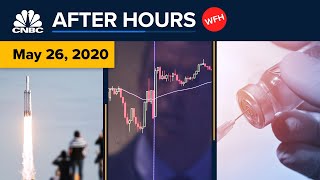 Elon Musk and SpaceX try to make history, plus everything else you missed: CNBC After Hours 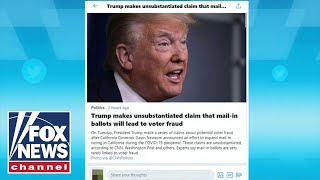 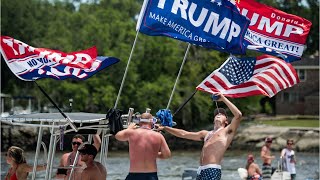