Newron Pharmaceuticals S.p.A. (“Newron”) (SIX: NWRN), a biopharmaceutical company focused on the development of novel therapies for patients with diseases of the central and peripheral nervous system, today announced its results for the half year ended June 30, 2019.

Stefan Weber, Chief Executive Officer of Newron, commented: “The first half of 2019 has proven to be another productive period for Newron. We are encouraged by the continued success of our partners worldwide in the approvals and launches of Xadago®/safinamide and are eagerly awaiting the results of our ongoing study in sarizotan. We are confident that we can satisfactorily address the FDA’s questions around Evenamide and look forward to further updating you on our innovative development pipeline and commercial success throughout the rest of the year.”

In H1 2019, Newron formally completed patient enrollment in the ongoing STARS clinical study. In total, 129 Rett syndrome patients have been qualified and enrolled for this Phase III study and the results are expected in Q4 2019. More than 85% of the patients enrolled who have completed the 24-week double-blind period have continued into the long-term open-label extension. This is an indicator of the very large medical need in this severe indication and demonstrates the potential of a new treatment option such as sarizotan.

Newron is pleased to announce that its partner Zambon and their regional partners have been successful in launching safinamide in additional countries (Australia and Canada) and in receiving additional marketing authorization (Brazil, Colombia and, post period, the United Arab Emirates). Safinamide has now been successfully launched in 18 countries and further launches are expected in the coming months. Newron’s income from the marketed territories increased 11.2% over the prior period, with a promising growth rate of 44% in the USA and a single digit growth in the European territories.

Zambon is continuing preparations towards initiating a potentially pivotal study to evaluate the efficacy of safinamide in patients with levodopa-induced dyskinesia; the study is expected to start in H2 2019.

Evenamide: ongoing discussions with US FDA

Earlier this year, Newron received a communication from the US FDA indicating concerns with findings from recently completed pre-clinical studies. Newron has engaged with the FDA in order to address the agency’s concerns, and plans to complete additional short-term explanatory studies to address the issues raised by the FDA prior to initiation of the Phase III development program. Upon completion of the interactions in the coming weeks, Newron will update shareholders and the market.

Corporate: new trading hub in the EU and funding from EIB

In order to facilitate trading and enable investors from EU countries to trade Newron shares through EU brokers, the Company’s shares have also been listed on the primary market of the Düsseldorf Stock Exchange with trading on XETRA, one of the leading electronic trading platforms in Europe. The listing on the Swiss Stock Exchange is not affected by this initiative and remains Newron’s main trading hub.

Following on from the financing agreement with the European Investment Bank (EIB) announced in 2018, which comprises potential funding up to EUR 40 million, Newron received the first tranche of EUR 10 million in early July 2019. This tranche will primarily be used to boost the Company’s R&D activities and support Newron’s pivotal and post-approval CNS development programs.

G&A expenses reached EUR 5.9 million in the first six months of 2019 versus EUR 4.4 million in H1 2018, due to the assessment of potential additional listing opportunities as well as the start of market access activities in preparation of the potential positive results from our STARS trial with sarizotan. Cash and other current financial assets at June 30, 2019 were at EUR 39.4 million, compared to EUR 43.9 million at the end of 2018.

Financial Summary (IFRS)
In EUR thousand (except per share information)

(1): The Company applies, for the first time, IFRS 16 Leases that requires restatement of previous financial statements. As required by IAS 34, the nature and effect of these changes are disclosed within the notes of the Half-Year 2019 Report.

Further details and the full financial details are available in Newron’s Half-Year 2019 Report, which is available for download at https://www.newron.com/financial-report-2019

Newron (SIX: NWRN, XETRA: NP5) is a biopharmaceutical company focused on the development of novel therapies for patients with diseases of the central and peripheral nervous system. The Company is headquartered in Bresso near Milan, Italy. Xadago®/safinamide has received marketing authorization for the treatment of Parkinson’s disease in the European Union, Switzerland, the USA, Australia, Canada, Brazil and the United Arab Emirates, and is commercialized by Newron’s Partner Zambon. US WorldMeds holds the commercialization rights in the USA. Meiji Seika has the rights to develop and commercialize the compound in Japan and other key Asian territories. In addition to Xadago®/safinamide for Parkinson’s disease, Newron has a strong pipeline of promising treatments for rare disease patients at various stages of clinical development, including sarizotan for patients with Rett syndrome and ralfinamide for patients with specific rare pain indications. Newron is also developing Evenamide as the potential first add-on therapy for the treatment of patients with positive symptoms of schizophrenia. For more information, please visit: www.newron.com

This document contains forward-looking statements, including (without limitation) about (1) Newron’s ability to develop and expand its business, successfully complete development of its current product candidates and current and future collaborations for the development and commercialisation of its product candidates and reduce costs (including staff costs), (2) the market for drugs to treat CNS diseases and pain conditions, (3) Newron’s anticipated future revenues, capital expenditures and financial resources, and (4) assumptions underlying any such statements. In some cases, these statements and assumptions can be identified by the fact that they use words such as “will,” “anticipate,” “estimate,” “expect,” “project,” “intend,” “plan,” “believe,” “target,” and other words and terms of similar meaning. All statements, other than historical facts, contained herein regarding Newron's strategy, goals, plans, future financial position, projected revenues and costs and prospects are forward-looking statements. By their very nature, such statements and assumptions involve inherent risks and uncertainties, both general and specific, and risks exist that predictions, forecasts, projections and other outcomes described, assumed or implied therein will not be achieved. Future events and actual results could differ materially from those set out in, contemplated by or underlying the forward-looking statements due to a number of important factors. These factors include (without limitation) (1) uncertainties in the discovery, development or marketing of products, including without limitation negative results of clinical trials or research projects or unexpected side effects, (2) delay or inability in obtaining regulatory approvals or bringing products to market, (3) future market acceptance of products, (4) loss of or inability to obtain adequate protection for intellectual property rights, (5) inability to raise additional funds, (6) success of existing and entry into future collaborations and licensing agreements, (7) litigation, (8) loss of key executive or other employees, (9) adverse publicity and news coverage, and (10) competition, regulatory, legislative and judicial developments or changes in market and/or overall economic conditions. Newron may not actually achieve the plans, intentions or expectations disclosed in forward-looking statements, and assumptions underlying any such statements may prove wrong. Investors should therefore not place undue reliance on them. There can be no assurance that actual results of Newron's research programmes, development activities, commercialisation plans, collaborations and operations will not differ materially from the expectations set out in such forward-looking statements or underlying assumptions. Newron does not undertake any obligation to publicly update or revise forward-looking statements except as may be required by applicable regulations of the SIX Swiss Exchange, where the shares of Newron are listed. This announcement is not an offer for sale of securities in the United States, Canada, Australia or Japan or any other jurisdiction where such an offer or solicitation would otherwise be unlawful. The securities referred to herein may not be sold in the United States absent registration or an exemption from registration under the U.S. Securities Act of 1933, as amended. Newron does not intend to register any of its securities in the United States or to conduct a public offering of its securities in the United States. This document does not contain or constitute an offer or invitation to purchase or subscribe for any securities of Newron and no part of this document shall form the basis of or be relied upon in connection with any contract or commitment whatsoever. 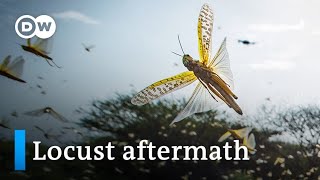 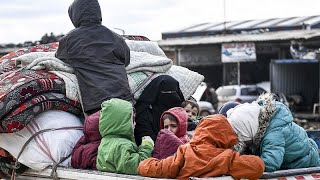 France and Germany urge Syria summit amid fears of &#39;bloodbath&#39; in Idlib 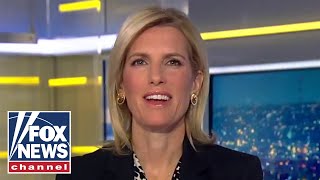 Ingraham: Could Nevada be an Iowa repeat? 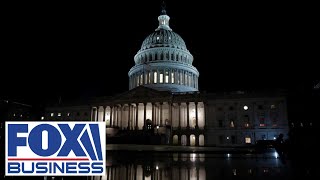