"Avengers: Endgame" became the highest grossing 4DX film of all time, making over $34million at the global box office. In addition, live-action movies such as "Aladdin", "The Lion King" and animated movies like "Frozen2" received lots of love from generation Z and an increase in female audiences attended the 4DX experience. The top 7 4DX films grossed $146million combined and accounted for 46% of the 4DX global box office, and helped lift the 4DX box office to record highs in 2019. Additionally, local language films from China, Japan and India played on 4DX made up a combined box office of more than $28million. Among them, "The Wandering Earth" and "The Captain", released in China, became the first and second highest grossing local films in 2019.

The top 7 4DX markets; Japan, China, Korea, France, U.S, Mexico and United Kingdom together grossed over $212 million global box office which account for over 66% of the format's total global box office takings in 2019. Those markets broke records in attendance and global box office, surpassing the top 7 record of 2018. Most of all, U.S became the biggest grosser among 7 countries as 4DX box office grew over 73% in comparison to 2018.

As for the European markets, box office gross increased by 17% compared to 2018, earning more than $98 million, accounted for 31% of the 4DX global box office. In particular, France, United Kingdom, Netherlands and Belgium contributed the most to the growth of European markets. The 4DX box office for these 4 countries surpassed the previous gross in 2018, with $60 million at the box office, increased by 23%.

"We have had a meaningful year for marking the 10th anniversary of the launch of 4DX and breaking the yearly box office records. Recently, our company unveiled the next generation of an innovative movie theatre at CES 2020, the world's largest technology exhibition," said JongRyul Kim CEO of CJ 4DPLEX. "We will introduce our latest cinema technology to the world and provide a unique and exciting movie experience to global movie fans continuously."

CJ 4DPLEX is a leading, next-generation cinema technology company, headquartered in Seoul with international offices in Los Angeles and Beijing. The company has created innovative film technologies for theaters worldwide that include "4DX", "ScreenX" and "4DX Screen" for consumers to experience films in ways that were never before possible.

4DX provides moviegoers with an advanced, multi-sensory experience, allowing the audience to connect with movies through motion, vibration, water, wind, snow, lightning, scents, and other special effects that enhance the visuals on-screen. Each 4DX auditorium incorporates motion-based seating synchronized with more than 20 different effects and optimized by a team of skilled editors, maximizing the feeling of immersion within the movie, beyond the limits of audio and video. More than 720 Hollywood and local titles have been screened in 4DX. To date, more than 80,000 4DX seats operate in 731 auditoriums, spanning 65 countries.

ScreenX is the world's first multi-projection theater technology used within a theatre setting, marking it as the most visually advanced theater experience of CJ 4DPLEX. ScreenX allows moviegoers to go beyond the frame of the movie screen by utilizing a proprietary system that expands images of feature films and pre-show advertising to the left and right walls of the theatre, creating a surrounding, panoramic, 270-degree viewing experience. To date, ScreenX has been installed in 306 screens around the world in 32 countries. 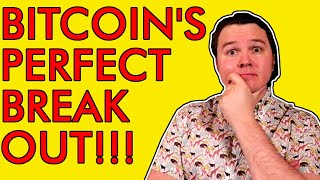 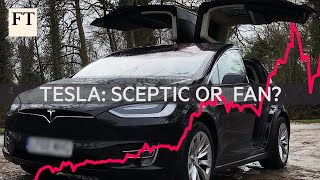 Opinion: Why Tesla shares are a wild ride | FT