US grant waivers to oil companies in Venezuela

Venezuela's state-owned oil company PDVSA has been banned from exporting oil to the US, and Washington has urged other oil companies not to do any ...
RT 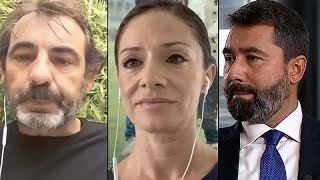 What the second wave of coronavirus in Europe means for Americans: CNBC After Hours

COVID-19: A third of tests in England cannot be processed by NHS app
1 free credit 1 free