NEW YORK and NAPLES, Fla., June 30, 2020 /PRNewswire/ -- Gordon Pointe Acquisition Corp. ("GPAQ") (NASDAQ: GPAQ, GPAQU, GPAQW), a publicly traded special purpose acquisition company, and HOF Village, LLC ("HOF Village" or "the Company") announced today that GPAQ's shareholders have voted to approve the merger agreement for a business combination with HOF Village at the GPAQ special shareholders meeting held on June 30, 2020.  In excess of 97% of the shares were voted in favor of the transaction.  The combined company will create a premier sports, entertainment and media enterprise centered around the Pro Football Hall of Fame in Canton, Ohio.  The board of directors of GPAQ had previously approved, and recommended that GPAQ's shareholders vote in favor of, the proposed business combination transaction. The members of HOF Village, LLC had previously approved the proposed business combination.

The merger is expected to close no later than July 15th, 2020, subject to the satisfaction or waiver of certain closing conditions. In connection with the closing, HOF Village Newco, LLC, a subsidiary of the Company that will hold all of the Company's operations, will be merged with and into a wholly-owned subsidiary of GPAQ.

About Gordon Pointe Acquisition Corp.
GPAQ is a special purpose acquisition company formed by Mr. James Dolan. GPAQ raised $125 million in its initial public offering in January of 2018. Additional information can be found at www.gordonpointe.com.

About the Pro Football Hall of Fame
Located in Canton, Ohio, the birthplace of the National Football League, the Pro Football Hall of Fame is a 501(c)(3) not-for-profit institution with the Mission to Honor the Heroes of the Game, Preserve its History, Promote its Values, & Celebrate Excellence Everywhere. Hundreds of thousands of fans from across the globe travel to Canton annually to experience "The Most Inspiring Place on Earth!" that chronicles America's most popular sport.

Participants in the Solicitation
GPAQ, Holdings, HOFV, HOF Village Newco, LLC and their respective directors, executive officers and other members of their management and employees, under SEC rules, may be deemed to be participants in the solicitation of proxies of GPAQ stockholders in connection with the proposed business combination. Investors and security holders may obtain more detailed information regarding the names, affiliations and interests in GPAQ's directors and officers in its Annual Report on Form 10-K for the fiscal year ended December 31, 2019, which was filed with the SEC on March 10, 2020, and also in Holdings' Post-Effective Amendment No. 3 to Registration Statement on Form S-4, as amended, which includes a definitive proxy statement/final prospectus of GPAQ, which became effective on June 2, 2020.

Forward-Looking Statements
Certain statements made herein are "forward-looking statements" within the meaning of the "safe harbor" provisions of the Private Securities Litigation Reform Act of 1995. Forward-looking statements may be identified by the use of words such as "anticipate", "believe", "expect", "estimate", "plan", "outlook", and "project" and other similar expressions that predict or indicate future events or trends or that are not statements of historical matters. Such forward-looking statements include timing of the proposed merger; the business plans, objectives, expectations and intentions of the parties once the transaction is complete, and Holding's, GPAQ's and HOFV's estimated and future results of operations, business strategies, competitive position, industry environment and potential growth opportunities, relating to the acquired business. These forward-looking statements reflect the current analysis of existing information and are subject to various risks and uncertainties. As a result, caution must be exercised in relying on forward-looking statements. Due to known and unknown risks, our actual results may differ materially from our expectations or projections. The following risks and uncertainties, among others, could cause actual results to differ materially from those described in these forward-looking statements: the impact of the Coronavirus on GPAQ and HOFV, the occurrence of any event, change or other circumstances that could give rise to the termination of the Merger Agreement and the proposed transaction contemplated thereby; the inability to complete the transactions contemplated by the Merger Agreement due to the failure to satisfy conditions to closing in the Merger Agreement; the outcome of any legal proceedings that have been, or will be, instituted against GPAQ or other parties to the Merger Agreement following announcement of the Merger Agreement and transactions contemplated therein; the ability of Holdings to meet NASDAQ listing standards following the merger and in connection with the consummation thereof; the failure to obtain the financing arrangements necessary to complete the development of the project; the failure to achieve the assumptions underlying certain of the financial projections included within the investor presentation including, among others, securing the timely financing for, and achieving construction of, the second phase of the project within assumed timeframes and financial budget, and achieving expected attendance and occupancy rates; risks that the proposed transaction disrupts current plans and operations and the potential difficulties in employee retention as a result of the announcement of the Merger Agreement and consummation of the transaction described therein; costs related to the proposed merger and the impact of the substantial indebtedness to be incurred to finance the consummation of the merger; changes in applicable laws or regulations; the ability of the combined company to meet its financial and strategic goals, due to, among other things, competition, the ability of the combined company to grow and manage growth profitability, maintain relationships with customers and retain its key employees; the possibility that the combined company may be adversely affected by other economic, business, and/or competitive factors; and other risks and uncertainties described herein, as well as those risks and uncertainties discussed from time to time in other reports and other public filings with the SEC by GPAQ and Holdings.

Non-Solicitation
This press release is not a proxy statement or solicitation of a proxy, consent or authorization with respect to any securities or in respect of the proposed transaction and shall not constitute an offer to sell or a solicitation of an offer to buy any securities, nor shall there be any sale of any such securities in any state or jurisdiction in which such offer, solicitation, or sale would be unlawful prior to registration or qualification under the securities laws of such state or jurisdiction. No offer of securities shall be made except by means of a prospectus meeting the requirements of Section 10 of the Securities Act of 1933, as amended. 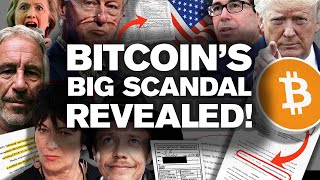 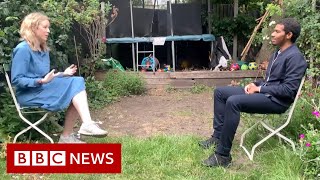 Lockdown rules: How to keep your guests safe from Covid-19 - BBC News 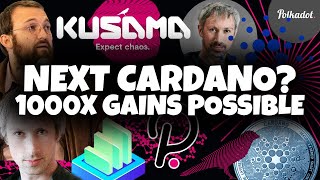 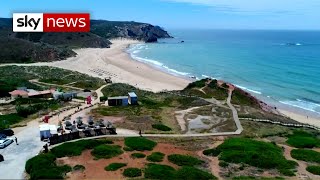