FirstGroup plc (FirstGroup or the Group) is pleased to announce that the Department for Transport (DfT) has extended the emergency funding arrangements for the UK rail industry for the next six to 18 months.

The ERMAs replace the Emergency Measures Agreements, which were put in place by the DfT in March to provide continuity for rail passengers and the industry during the coronavirus pandemic, and are similar in operation. During the term of the ERMAs, the DfT will continue to waive the revenue, cost and contingent capital risk of the train operating companies (TOCs) and will pay them a fixed management fee. There is also the potential for an additional performance-based fee, based on measures including punctuality, passenger satisfaction and financial performance. The overall fee potential is a maximum of 1.5% of the cost base of each franchise prior to the pandemic. The fixed fee and overall fee potential for each TOC is lower under the new ERMAs compared with the Emergency Measures Agreements, and more heavily weighted to performance delivery. The ERMAs make no material changes to the ring-fenced cash or working capital mechanisms in place for these operations.

The new ERMA for WCP, which commenced operations in December 2019 and was performing well prior to the pandemic, is in place to the end of March 2022. The new SWR and TPE ERMAs are in place to the end of March 2021, with the potential in the case of TPE to be in place until September 2021 in certain circumstances. In addition, all three include options to extend their duration by a further half year at the DfT’s discretion. As announced earlier this month, the Emergency Measures Agreement for Great Western Railway (GWR) has already been extended to at least 26 June 2021.

The DfT has also stated it intends to begin discussions with the TOCs to transition to new, directly-awarded contracts for the longer term, which would come into effect at the end of the ERMAs.

To this end, each of the ERMAs requires that by mid-December 2020 the TOC agrees with the DfT whether, and if so, how much parent company support or other payments are required to terminate the pre-existing franchise agreements. If any such termination sums are agreed, they would fall due at the end of the ERMA term, at which point the pre-existing franchise contract would also terminate by agreement. However if the termination sum for a TOC cannot be agreed by mid-December then the DfT has the right to terminate that ERMA early, with the TOC reverting to substantially all of the pre-existing franchise terms, from mid-January 2021. Assuming the termination sums are agreed, the DfT intends to negotiate a new direct award contract under which the TOC will deliver passenger rail services following the end of the ERMA.

Commenting on today’s announcement, FirstGroup Chief Executive Matthew Gregory said:
“The Government has extended its funding of the rail industry whilst demand for services remains heavily affected by coronavirus, and we are pleased that the vital nature of rail services to communities and local economies is being recognised.

“Passengers can be confident that public transport is safe and across our rail networks we have increased service levels to provide more capacity as schools restart and many more workplaces and other facilities reopen. We are now operating around 90% of the rail services we were prior to the pandemic. We will continue to bring all our expertise to bear alongside Government and industry partners to deliver the next phase of recovery of the rail network.

“Together with the earlier GWR extension, these agreements reinforce our balance sheet position and provide a potential path for our rail business to move onto a new contractual footing over time, with a more appropriate balance of risk and reward for all parties. We have long advocated for a more sustainable long-term approach to the railway, with passengers at its centre, and we look forward to working constructively with the DfT to make this a reality.”

Notes
Passenger volumes on our First Rail operations have increased modestly from the lows of c.95% below pre-pandemic levels on average in late March and April, but still remain c.70% below across our operations.

Termination assessments
As noted, the ERMAs require that by mid-December 2020 each TOC agrees with the DfT appropriate terms to terminate the pre-existing franchise agreements that were overlaid with the Emergency Measures Agreements in March. The objective is to agree if and how much parent company support (PCS) or other sums would have been payable had the pandemic not occurred. The amounts will be based on the financial status of each franchise prior to the pandemic and the DfT’s assessment, acting reasonably, of their potential trajectory for the remainder of the franchise term under those pre-existing agreements in the absence of the pandemic. The assessments will take account of the franchise agreement change mechanisms and certain other input from the TOCs. Assuming the termination sums are agreed, any required payments would only fall due at the end of the ERMA term, at which point the pre-existing franchise contract would also terminate by agreement.

The PCS and additional funding commitments under each pre-existing franchise agreement, plus the performance bonds, less any monies already paid by the parent into the TOC will continue to be the maximum remaining cash exposure of the parent company under this assessment. As at 31 March 2020, the relevant commitments of the three TOCs is shown below, together with the total accounting provisions for losses on their franchise agreements that have been provided for:

Note: the operations also have season ticket bond commitments, but these are cash collateralised within each TOC.

The TPE ERMA has the potential to be extended to 19 September 2021 (with the further six month option at DfT discretion beyond that) if the termination assessment indicates that no default would have taken place (i.e. PCS would not have been fully utilised) over the franchise term.

Fees
Subject to DfT consent which cannot be unreasonably withheld, and specific restrictions introduced under the ERMA terms, fees earned through the Emergency Measure Agreements and ERMAs are permitted to be withdrawn by the parent company annually.

Legal Entity Identifier (LEI): 549300DEJZCPWA4HKM93. Classification as per DTR 6 Annex 1R: 2.2, 3.1. This announcement contains inside information. The person responsible for arranging the release of this announcement on behalf of FirstGroup is Keith Hubber, Group General Counsel and Company Secretary.

About FirstGroup
FirstGroup plc (LSE: FGP.L) is a leading provider of transport services in the UK and North America. With £7.8 billion in revenue in 2020 and around 100,000 employees, we transported 2.1 billion passengers. Whether for business, education, health, social or recreation – we get our customers where they want to be, when they want to be there. We create solutions that reduce complexity, making travel smoother and life easier. We provide easy and convenient mobility, improving quality of life by connecting people and communities. Each of our five divisions is a leader in its field: In North America, First Student is the largest provider of home-to-school student transportation with a fleet of 43,000 yellow school buses, First Transit is one of the largest providers of outsourced transit management and contracting services, while Greyhound is the only nationwide operator of scheduled intercity coaches. In the UK, First Bus is one of Britain's largest bus companies with 1.4 million passengers a day in 2020, and First Rail is one of the country's most experienced rail operators, carrying 340 million passengers in the year. Visit our website at www.firstgroupplc.com and follow us @firstgroupplc on Twitter.

About First Rail
FirstGroup is one of the most experienced rail operators in the UK and the only one to run every type of railway – long distance, regional, commuter and sleeper operations. We carried more than 340m passengers almost 10bn miles last year. We operate four passenger franchises – Avanti West Coast, Great Western Railway, South Western Railway and TransPennine Express – and one open access service, Hull Trains. We also operate the London Trams network on behalf of Transport for London, carrying around 27 million passengers a year. As well as Avanti services, the West Coast Partnership also includes the ‘shadow operator’ for future high speed rail services which will design, develop and mobilise operations for the new line working with HS2 Ltd and the Department for Transport. 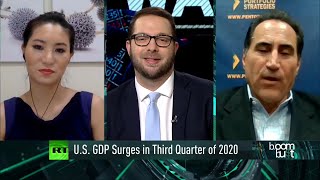 US GDP Surges in Third Quarter of 2020 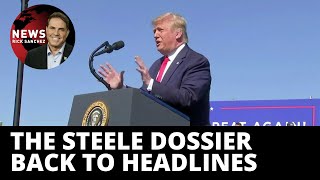 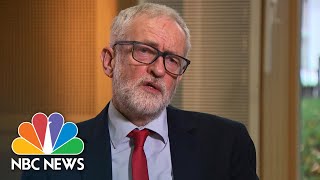 ‘No, I&#39;m Not Part Of The Problem’: Corbyn Responds To Anti-Semitism Report | NBC News NOW 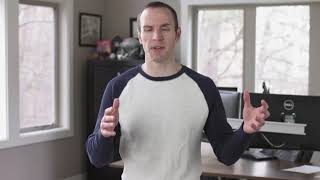