The Federal Home Loan Bank of Dallas (FHLB Dallas) is pleased to announce the appointment of two new members of its Affordable Housing Advisory Council (Advisory Council) and four reappointments.

The Advisory Council is comprised of 13 representatives from state, community and nonprofit organizations in a five-state District who are appointed by the FHLB Dallas Board of Directors (Board) and advise the Board on affordable housing and economic development issues.

“The Advisory Council consists of experienced affordable housing and economic development executives who fulfill a key role in guiding the Federal Home Loan Bank of Dallas on its community investment offerings in our five-state District,” said Greg Hettrick, first vice president and director of Community Investment for FHLB Dallas.

The following board members were reappointed:

The remaining members of the Advisory Council are:

About the Federal Home Loan Bank of Dallas

The Federal Home Loan Bank of Dallas is one of 11 district banks in the FHLBank system created by Congress in 1932. FHLB Dallas, with total assets of $66.3 billion as of September 30, 2020, is a member-owned cooperative that supports housing and community development by providing competitively priced advances and other credit products to approximately 800 members and associated institutions in Arkansas, Louisiana, Mississippi, New Mexico and Texas. Visit fhlb.com for more information.

BB Healthcare Trust: Continue to invest in healthcare Vs the forthcoming consumer recovery 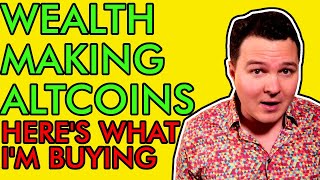 THESE CRYPTOCURRENCIES WILL MAKE YOU RICH THIS ALTCOIN SEASON! [Here’s What I’m Buying]
1 free credit 1 free