Total equivalent production during the first quarter averaged 54,202 barrels of oil equivalent per day (“Boe/d”) compared to 71,820 Boe/d in the prior year period. Average daily crude oil production for the quarter was 28,239 barrels of oil per day (“Bbls/d”) compared to 41,512 Bbls/d in the prior year period. Impacted by Winter Storm Uri and related power outages, a majority of the Company’s production was offline during a seven-day period in February.

“Our team successfully resumed operational activity during the quarter, while delivering production and costs in-line with expectations in spite of the challenges posed by severe winter weather,” said Sean R. Smith, Chief Executive Officer. “Most importantly, Centennial has now transitioned to a sustainable free cash flow generating company. At current strip pricing, we expect to continue to repay borrowings on our credit facility and organically delever the balance sheet through year-end.”

In addition to its impact on production, severe winter weather during the quarter also affected certain revenue and cost items. For the first quarter, revenue from natural gas sales increased 100% compared to the prior quarter, driven by higher natural gas prices due to extreme cold temperatures across the state of Texas and surrounding regions. Additionally, Centennial incurred higher than expected lease operating expense (“LOE”) related to elevated electricity costs. LOE for the quarter totaled $25.9 million and, excluding one-time costs, was estimated to be $24.1 million, or $4.93 per Boe. Lastly, higher natural gas prices drove an increase in gathering, processing and transportation expense.

“Higher natural gas revenue more than offset increased operating costs during the quarter. We expect our unit cost metrics to return to normalized levels beginning in the second quarter and have reiterated our full-year production and cost targets,” said Smith.

“During the quarter, we reduced our spud to rig release times by 11% compared to the prior year period, while increasing our average lateral length by 17%,” said Smith. “As a result, our operations team achieved an average gross well cost of $795 per lateral foot for the quarter. We are very pleased with these results and will remain focused on driving additional efficiencies throughout the year.”

In March, Centennial issued $170 million of 3.25% convertible senior notes due 2028 for net proceeds of $163.7 million. Net proceeds from the offering were used to redeem at par the $127.1 million 8.00% second lien senior secured notes due 2025 (the “senior secured notes”) subsequent to quarter-end, to repay borrowings under the revolving credit facility and to fund the cost of entering into a capped call transaction to minimize potential future dilution. Upon maturity of the convertible senior notes, the Company has the flexibility to settle these notes through cash, stock or a combination thereof at Centennial’s discretion. As a result of the redemption, the Company improved its liquidity position through the elimination of the $31.8 million credit facility availability blocker associated with the senior secured notes that had previously restricted access to the full borrowing base.

“This offering enabled Centennial to redeem our highest coupon and nearest note maturity at par. The transaction strengthens our maturity profile, reduces interest costs and improves liquidity,” said Smith. “We now have a nearly five-year runway until our first senior unsecured note maturity in 2026, which provides significant financial flexibility.”

In April, Centennial’s bank group reaffirmed its borrowing base at $700 million. At March 31, 2021, Centennial had approximately $11 million in cash on hand and $160 million of borrowings outstanding under its revolving credit facility which reflects a temporary repayment using the net proceeds from the convertible senior notes offering. Adjusted for the April redemption of its senior secured notes using credit facility borrowings, Centennial’s pro forma liquidity position increased by approximately $76 million from year-end to $416 million, which is based on its $700 million borrowing base, $291 million in borrowings outstanding and $4 million in current letters of credit outstanding, plus cash on hand.

A comparison between recent periods of Centennial’s liquidity, including the pro forma impact of the redemption of Centennial’s senior secured notes in April, is provided below:

Centennial’s financial statements and related footnotes will be available in its Quarterly Report on Form 10-Q for the quarter ended March 31, 2021, which is expected to be filed with the U.S. Securities and Exchange Commission (“SEC”) on May 5, 2021.

Centennial Resource Development, Inc. is an independent oil and natural gas company focused on the development of oil and associated liquids-rich natural gas reserves in the Permian Basin. The Company’s assets and operations, which are held and conducted through Centennial Resource Production, LLC, are concentrated in the Delaware Basin, a sub-basin of the Permian Basin. For additional information about the Company, please visit www.cdevinc.com.

We caution you that these forward-looking statements are subject to all of the risks and uncertainties, most of which are difficult to predict and many of which are beyond our control, incident to the development, production, gathering and sale of oil and natural gas. These risks include, but are not limited to, commodity price volatility, inflation, lack of availability of drilling and production equipment and services, environmental risks, drilling and other operating risks, regulatory changes, the uncertainty inherent in estimating oil and gas reserves and in projecting future rates of production, cash flow and access to capital, the timing of development expenditures and the other risks described in our filings with the SEC.

Reserve engineering is a process of estimating underground accumulations of oil and natural gas that cannot be measured in an exact way. The accuracy of any oil and gas reserve estimate depends on the quality of available data, the interpretation of such data, and price and cost assumptions made by reserve engineers. In addition, the results of drilling, testing and production activities may justify revisions of estimates that were made previously. If significant, such revisions would change the schedule of any further production and development drilling. Accordingly, reserve estimates may differ significantly from the quantities of oil and natural gas that are ultimately recovered.

Except as otherwise required by applicable law, we disclaim any duty to update any forward-looking statements, all of which are expressly qualified by the statements in this section, to reflect events or circumstances after the date of this press release.

1) Free Cash Flow is a non-GAAP financial measure. See “Non-GAAP Financial Measures” included within the Appendix of this press release for related disclosures and a reconciliation to net cash provided by operating activities, our most directly comparable financial measure calculated and presented in accordance with GAAP.

Reconciliation of cash, cash equivalents and restricted cash presented on the Consolidated Statements of Cash Flows for the periods presented:

Adjusted EBITDAX is a supplemental non-GAAP financial measure that is used by management and external users of our consolidated financial statements, such as industry analysts, investors, lenders and rating agencies. We define Adjusted EBITDAX as net income before interest expense, income taxes, depreciation, depletion and amortization, exploration and other expenses, impairment and abandonment expenses, non-cash gains or losses on derivatives, stock-based compensation and gains and losses from the sale of assets. Adjusted EBITDAX is not a measure of net income as determined by GAAP.

Our management believes Adjusted EBITDAX is useful as it allows them to more effectively evaluate our operating performance and compare the results of our operations from period to period and against our peers, without regard to our financing methods or capital structure. We exclude the items listed above from net income in arriving at Adjusted EBITDAX because these amounts can vary substantially from company to company within our industry depending upon accounting methods and book values of assets, capital structures and the method by which the assets were acquired. Adjusted EBITDAX should not be considered as an alternative to, or more meaningful than, net income as determined in accordance with GAAP or as an indicator of our operating performance or liquidity. Certain items excluded from Adjusted EBITDAX are significant components in understanding and assessing a company’s financial performance, such as a company’s cost of capital and tax structure, as well as the historic costs of depreciable assets, none of which are components of Adjusted EBITDAX. Our presentation of Adjusted EBITDAX should not be construed as an inference that our results will be unaffected by unusual or nonrecurring items. Our computations of Adjusted EBITDAX may not be comparable to other similarly titled measures of other companies.

The following table presents a reconciliation of Adjusted EBITDAX to net income, which is the most directly comparable financial measure calculated and presented in accordance with GAAP:

Our management believes free cash flow (deficit) is a useful indicator of the Company’s ability to internally fund its exploration and development activities and to service or incur additional debt, without regard to the timing of settlement of either operating assets and liabilities or accounts payable related to capital expenditures. The Company believes that this measure, as so adjusted, presents a meaningful indicator of the Company’s actual sources and uses of capital associated with its operations conducted during the applicable period. Our computations of free cash flow (deficit) may not be comparable to other similarly titled measures of other companies. Free cash flow (deficit) should not be considered as an alternative to, or more meaningful than, cash provided by operating activities as determined in accordance with GAAP or as indicator of our operating performance or liquidity.

Free cash flow (deficit) is not a financial measure that is determined in accordance with GAAP. Accordingly, the following table presents a reconciliation of free cash flow (deficit) to net cash provided by operating activities, which is the most directly comparable financial measure calculated and presented in accordance with GAAP:

The following table summarizes the approximate volumes and average contract prices of swap contracts the Company had in place as of March 31, 2021 and additional contracts entered into through April 30, 2021: 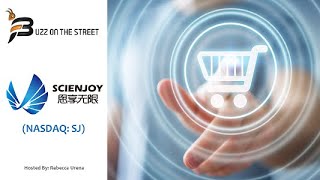 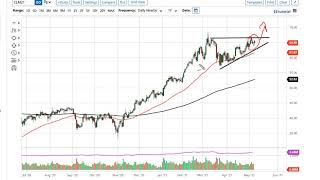 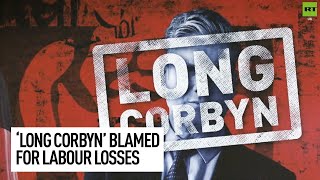