iHeartMedia today announced a partnership with the National Women’s Soccer League (NWSL) that will make live game day play-by-play audio streams available for free on an all new iHeartRadio digital NWSL Radio station during the 2021 season. The station will feature two of the biggest league games each week live, with replay available throughout the week leading up to the next live stream. The exclusive deal marks the first live audio partnership in the NWSL’s history.

“As our league continues to grow and attract new audiences, bringing live game audio to fans around the world represents a major next step for the NWSL,” said NWSL Chief Revenue Officer Mitch Poll. “This first-of-its-kind partnership with iHeartRadio has everyone around the league excited for what's to come — we can’t wait to get these game broadcasts underway!”

The new station will kick off this Saturday, May 15 with a live audio stream of the NJ/NY Gotham FC against Houston Dash game at 7 p.m. ET followed by the Orlando Pride against Washington Spirit game on Sunday, May 16 at 6 p.m. ET. Fans nationwide can tune into NWSL Radio on iHeartRadio.com and the iHeartRadio app to hear scintillating play-by-play calls featuring the NWSL’s best teams and fiercest rivalries as they happen each week. The full slate of matches to be covered on NWSL Radio can be seen below.

“We’re thrilled to be partnering with the National Women’s Soccer League to showcase some of soccer’s finest players and games to fans everywhere,” said Jess Jerrick, EVP of Digital Distribution and Platform Partnerships for iHeartMedia. “It’s also an honor to provide our platform and promotional power to help elevate the incredibly talented women in professional sports and their representation in the media landscape, and to be a part of a historic moment for the NWSL as the league’s first-ever live streaming audio partner. We can’t wait to share a season of high-level competition, amazing goals and rousing in-game action with fans.”

The first-ever NWSL Radio will join the iHeartRadio digital platform, which includes the company’s fast-growing podcasting business —the number one podcast publisher in downloads, unique listeners, revenue and earnings — as well as its industry-leading iHeartRadio streaming audio app, available across more than 250 platforms and 2,000 devices; the company’s digital sites, newsletters, digital services and programs; its digital advertising technology companies; and its audio industry-leading social media footprint.

Fans can visit iHeartRadio.com/apps to download iHeartRadio on their favorite device and listen to NWSL Radio anywhere they are.

About The National Women’s Soccer League

iHeartMedia, Inc. [Nasdaq: IHRT] is the leading audio media company in America, reaching over 250 million people each month. It is number one in both broadcast and digital streaming radio as well as podcasting and audio ad tech, and includes three segments: The iHeartMedia Multiplatform Group; the iHeartMedia Digital Audio Group; and the Audio and Media Services Group. Visit iHeartMedia.com for more company information. 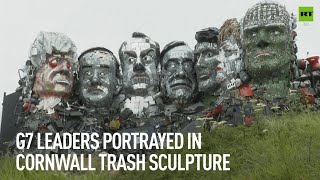 UK gets its own Rushmore...introducing Mount Recyclemore! 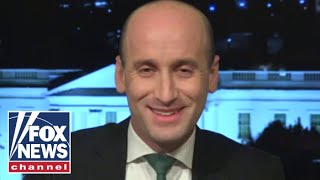 Stephen Miller: Biden-Harris border policy is a &#39;moral stain&#39; on our nation 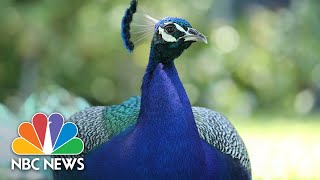