While up to 30% of all patients with NSCLC may be diagnosed early enough to have potentially curative surgery, disease recurrence is still common in early-stage disease.1-3 CNS recurrence, when cancer spreads to the brain, is a frequent complication of EGFRm NSCLC and these patients have an especially poor prognosis.4,5

Results were presented on September 19, 2020 during the Presidential Symposium of the European Society for Medical Oncology (ESMO) Virtual Congress 2020 (abstract #LBA1) and simultaneously published with the primary results in The New England Journal of Medicine.

This analysis showed that fewer patients treated with TAGRISSO in the adjuvant setting had recurrence events or deaths compared to placebo (11% versus 46%). Among patients whose cancer recurred, 38% of those treated with TAGRISSO had a metastatic recurrence compared to 61% of patients on placebo. TAGRISSO showed an 82% reduction in the risk of CNS recurrence or death (based on a hazard ratio [HR] of 0.18; 95% confidence interval [CI] 0.10-0.33; p<0.0001). Median CNS DFS was not yet reached in either arm.

In a post-hoc analysis, the estimated probability of observing disease recurrence in the brain at 18 months for patients treated with TAGRISSO was less than 1% versus 9% for placebo among patients who had not experienced another type of recurrence. On the primary endpoint of DFS in patients with Stage II and IIIA disease, TAGRISSO in the adjuvant setting reduced the risk of disease recurrence or death by 83% (HR 0.17; 95% CI 0.12-0.23; p<0.0001).

José Baselga, Executive Vice President, Oncology R&D, said: “Once lung cancer has spread to the brain, outcomes are typically devastating for patients. We are now seeing TAGRISSO expanding on its proven efficacy in treating progression in the brain in the metastatic setting as a result of its ability to cross the blood-brain barrier. The striking new data show that TAGRISSO prevents the development of brain metastases in patients with early disease and reinforce that this medicine is truly transformative for patients with EGFR-mutated lung cancer. TAGRISSO should become the standard of care in the adjuvant setting, just as it is for patients with metastatic disease around the world.”

The safety and tolerability of TAGRISSO in this trial was consistent with previous trials in the metastatic EGFRm NSCLC setting. Adverse events at Grade 3 or higher from all causes occurred in 10% of patients in the TAGRISSO arm versus 3% in the placebo arm as assessed by investigators.

TAGRISSO is not currently approved in the adjuvant setting in any country. TAGRISSO received Breakthrough Therapy Designation in July 2020 for the adjuvant treatment of patients with early-stage EGFRm NSCLC after complete tumor resection with curative intent. TAGRISSO is approved for the 1st-line treatment of patients with metastatic EGFRm NSCLC and for the treatment of metastatic EGFR T790M mutation-positive NSCLC in the US, Japan, China, the EU and many other countries around the world.

Lung cancer is the leading cause of cancer death among both men and women, accounting for about one-fifth of all cancer deaths.6 Lung cancer is broadly split into NSCLC and small cell lung cancer, with 80-85% classified as NSCLC.7 The majority of all NSCLC patients are diagnosed with advanced disease while approximately 25-30% present with resectable disease at diagnosis.1-3

For those with resectable tumors, the majority of patients eventually develop recurrence despite complete tumor resection and adjuvant chemotherapy.8 Early-stage lung cancer diagnoses are often only made when the cancer is found on imaging for an unrelated condition.9,10

Approximately 10-15% of NSCLC patients in the US and Europe, and 30-40% of patients in Asia have EGFRm NSCLC.11-13 These patients are particularly sensitive to treatment with EGFR-tyrosine kinase inhibitors (TKIs) which block the cell-signaling pathways that drive the growth of tumor cells.14

The trial enrolled in more than 200 centers across more than 20 countries, including the US, in Europe, South America, Asia and the Middle East. The primary endpoint is DFS in Stage II and IIIA patients and a key secondary endpoint is DFS in Stage IB, II and IIIA patients. The data readout was originally anticipated in 2022. The trial will continue to assess OS.

TAGRISSO® (osimertinib) is a third-generation, irreversible EGFR-TKI with clinical activity against central nervous system metastases. TAGRISSO 40 mg and 80 mg once-daily oral tablets have received approval in the US, Japan, China, the EU and many countries around the world for 1st-line EGFRm advanced NSCLC and EGFR T790M mutation-positive advanced NSCLC.

AstraZeneca has a comprehensive portfolio of approved and potential new medicines in late-stage development for the treatment of different forms of lung cancer spanning different histologies, several stages of disease, lines of therapy and modes of action.

AstraZeneca aims to address the unmet needs of patients with EGFRm tumors as a genetic driver of disease with the approved medicines gefitinib and TAGRISSO and its ongoing Phase III trials LAURA, NeoADAURA and FLAURA2.

AstraZeneca is committed to addressing tumor mechanisms of resistance through the ongoing Phase II trials SAVANNAH and ORCHARD, which test TAGRISSO in combination with savolitinib, a selective inhibitor of c-MET receptor tyrosine kinase, along with other potential new medicines.

AstraZeneca has a deep-rooted heritage in oncology and offers a quickly growing portfolio of new medicines that has the potential to transform patients' lives and the Company's future. With seven new medicines launched between 2014 and 2020, and a broad pipeline of small molecules and biologics in development, the Company is committed to advance oncology as a key growth driver for AstraZeneca focused on lung, ovarian, breast and blood cancers.

By harnessing the power of four scientific platforms - Immuno-Oncology, Tumor Drivers and Resistance, DNA Damage Response and Antibody Drug Conjugates - and by championing the development of personalized combinations, AstraZeneca has the vision to redefine cancer treatment and one day eliminate cancer as a cause of death.

AstraZeneca is a global, science-led biopharmaceutical company that focuses on the discovery, development and commercialization of prescription medicines, primarily for the treatment of diseases in three therapy areas - Oncology, Cardiovascular, Renal & Metabolism and Respiratory & Immunology. AstraZeneca operates in over 100 countries and its innovative medicines are used by millions of patients worldwide. For more information, please visit www.astrazeneca-us.com and follow us on Twitter @AstraZenecaUS. 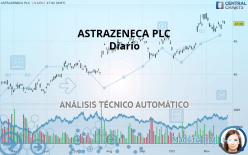 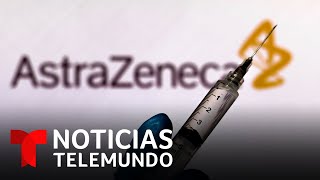 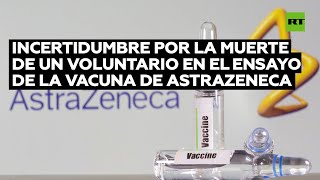 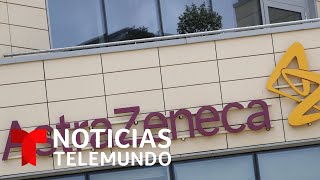