Bragar Eagel & Squire, P.C., a nationally recognized stockholder rights law firm, reminds investors that a class action lawsuit has been filed against Waste Management, Inc. (“Waste Management” or the “Company”) (NYSE: WM) in the United States District Court for the Southern District of New York on behalf of all persons and entities who purchased or otherwise acquired Waste Management senior redeemable notes between February 13, 2020 and June 23, 2020, both dates inclusive (the “Class Period”). Investors have until August 8, 2022 to apply to the Court to be appointed as lead plaintiff in the lawsuit.

On April 14, 2019, Waste Management entered into an agreement and plan of merger to acquire Advanced Disposal Services, Inc. for $4.9 billion, or $33.15 per share. The merger was conditioned upon, among other things: (i) the affirmative vote of the holders of a majority of the outstanding shares of Advanced Disposal Services at a special meeting of Advanced Disposal Services shareholders to be held on June 28, 2019 (which was ultimately obtained); and (ii) obtaining antitrust clearance from regulators, including the U.S. Department of Justice (DOJ). Knowing that the transaction posed significant antitrust concerns, Waste Management agree in the Merger Agreement to divest up to $200 million in revenue-producing assets of the combined companies over a prior 12-month period (the Antitrust Revenue Threshold).

Under the merger agreement, Waste Management maintained full control over the negotiating strategy for obtaining antitrust consent from the DOJ and was not obliged to divest assets that exceeded the Antitrust Revenue Threshold. Rather, Waste Management had a right to terminate the deal for failure to obtain antitrust approval.

On May 14, 2019, Waste Management issued $4 billion worth of senior notes in a public offering to finance Waste Management’s acquisition of Advanced Disposal Services. All series received an investment grade rating. As described in the final prospectus for the Notes, four of the five series, totaling $3 billion in principal, were subject to a special mandatory redemption (SMR) clause in the merger agreement. The SMR clause required Waste Management to repurchase the Notes for 101% of par in the event the Merger was note completed by July 14, 2020, the end date under the Merger Agreement (the End Date).

In the Notes prospectus, Waste Management represented that the Merger would close by the first quarter of 2020. And to address the concerns raised by the DOJ, Waste Management and Advanced Disposal Services engaged in extensive negotiations with several potential divesture buyers, including GFL Environmental, Inc., for the divesture of assets well in excess of the Antitrust Revenue Threshold.

Notably, approximately $300 million of the total revenue related to assets and businesses were being sold to GFL Environmental, with whom Waste Management had been in extended negotiations for months prior to the Class Period. Furthermore, Waste Management revealed that the deal was now not expected to close until the end of the third quarter of 2020 six months later than had been represented by defendants at the start of the Class Period and, crucially, after the End Date which triggered the SMR redemption feature of the Notes. As a result of this disclosure, the prices of the Notes fell significantly.

The Waste Management class action lawsuit alleges that, throughout the Class Period, defendants made false and/or misleading statements and/or failed to disclose that: (i) the DOJ had indicated to Waste Management that it would require Waste Management to divest significantly more assets than the $200 million Antitrust Revenue Threshold; (ii) as a result, the merger would not be completed by the End Date; and (iii) the Notes would be subject to mandatory redemption at 101% of par.

If you purchased or otherwise acquired Waste Management shares and suffered a loss, are a long-term stockholder, have information, would like to learn more about these claims, or have any questions concerning this announcement or your rights or interests with respect to these matters, please contact Brandon Walker or Melissa Fortunato by email at [email protected], telephone at (212) 355-4648, or by filling out this contact form. There is no cost or obligation to you.

Bragar Eagel & Squire, P.C. is a nationally recognized law firm with offices in New York, California, and South Carolina. The firm represents individual and institutional investors in commercial, securities, derivative, and other complex litigation in state and federal courts across the country. For more information about the firm, please visit www.bespc.com. Attorney advertising. Prior results do not guarantee similar outcomes. 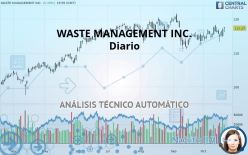