Nyrstar: Further update on unplanned production outage at Port Pirie smelter and impact of Metal at Risk position in H1 2019

Nyrstar: Further update on unplanned production outage at Port Pirie smelter and impact of Metal at Risk position in H1 2019

Nyrstar NV ("Nyrstar" or the “Company”) today provides an update with regards to the Port Pirie smelter unplanned production outage and the impact of its unhedged Metal at Risk position in H1 2019.

Port Pirie unplanned production outage
Further to the press releases issued on 9 July 2019, 10 June 2019 and 28 June 2019, whereby it was communicated that the Company had to declare force majeure under a number of its agreements due to an unplanned stoppage of production at the Port Pirie smelter, the Company today provides an update. The Company had previously advised on 9 July 2019 that it anticipated that the force majeure would continue until the last week of July 2019 and that both the TSL Furnace and the Blast Furnace were expected to restart by the end of July 2019.

The Company today advises that the TSL Furnace commenced its restart on 18 July 2019 and that the Blast Furnace is still expected to restart by the end of the month.

Nyrstar has quantified the impact of the unplanned production outage during June and July 2019 as approximately 30kt of lead metal and a reduction in Underlying EBITDA of approximately EUR 20 million to EUR 25 million in the same period.

Metal at Risk
At any given time Nyrstar holds metal, either as work-in-progress or finished good inventory that has been “priced-in” but not “priced-out”. As this metal remains exposed to fluctuations in the underlying metal price until it is “priced out”, it is called “Metal at Risk”. The actual Metal at Risk at any given point in time fluctuates with deliveries of raw materials and production levels.

As announced in Nyrstar’s 2018 Full Year Results release issued on 26 May 2019, during the course of March 2019, Nyrstar closed out all of its Metal at Risk hedge positions to release cash collateralized against the credit lines.  As a consequence of closing out these Metal at Risk hedges, Nyrstar realised a one-off cash benefit of approximately USD 40 million and since this time has been fully exposed to fluctuations in metal prices for its Metal at Risk. The Company today advises that it has now quantified the adverse impact of metal price movements in H1 2019 as a Metal at Risk loss of EUR 31 million.

Nyrstar is a global multi-metals business, with a market leading position in zinc and lead, and growing positions in other base and precious metals, which are essential resources that are fuelling the rapid urbanisation and industrialisation of our changing world. Nyrstar has mining, smelting and other operations located in Europe, the Americas and Australia and employs approximately 4,100 people. Nyrstar is incorporated in Belgium and has its corporate office in Switzerland. Nyrstar is listed on Euronext Brussels under the symbol NYR. For further information please visit the Nyrstar website: www.nyrstar.com. 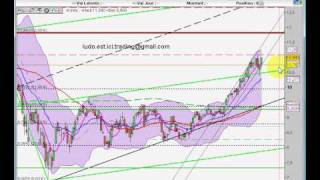