Below is the corrected news release in its entirely with the relevant updates:

New Pacific Metals Corp. (TSX-V: NUAG) (OTCQX: NUPMF) (the “Company”) is pleased to announce the final results of a preliminary metallurgical test work program for its Silver Sand Project. The Company is very pleased with the positive results achieved so far from the completed test work. The results suggest that the mineralized materials from the Silver Sand Project would be amenable to processing using conventional flotation or whole ore cyanidation at atmospheric pressure at large scale. This preliminary metallurgical program has demonstrated that good silver extraction rates are possible using these simple extraction methods and that further improvements and refinements should be possible in future programs after fine-tuning the various test parameters.

HIGHLIGHTS OF THE COMPLETED TEST PROGRAM

Several metallurgical composites of oxide, transition and sulphide mineralization from two areas of the Silver Sand deposit were prepared from samples of available half-core. A geometallurgical sampling approach was used and was designed to highlight the effect of differences in silver grade, degree of oxidation and lithology.

Comminution, flotation and leaching programs were completed by SGS Mineral Services in Lima, Peru, while the mineral characterization work was completed by the Research Centre for Mining and Metallurgy (CIMM) and Oruro Technical University (OTU) in Bolivia. Results from the individual test work programs are summarized below.

Twelve crushed composites were screened into seven size fractions, and each fraction was individually assayed to obtain a distribution of silver by size. Figure 1 shows the results and illustrates that for almost every composite, the silver tends to concentrate into the finest size fraction (-74 microns). This concentration effect gives rise to an upgrade in silver content of approximately 2.5 to 3 times within that fraction – a potentially useful processing characteristic.

Six of the composites (high and low grade oxide, transition and sulphide mineralization) were sized into seven fractions each, and these were then subjected to a simple gravity separation using heavy liquid at a density of 2.58 kg/l. On average for all composites, roughly 46% of the total silver was concentrated into 15% of the mass as a “dense” (>2.58 kg/l) fraction. Importantly however, this effect was far more pronounced on average within certain size fractions, as shown in Figure 2 below, with roughly 80% of silver concentrated into less than 20% of the mass (in the 595 to 74-micron range).

The gravity concentration effect was not seen in the coarser size fractions (+595 micron), likely due to insufficient liberation of silver minerals in these size fractions.

A photo accompanying this announcement is available at https://www.globenewswire.com/NewsRoom/AttachmentNg/30f5682e-7028-4123-9f96-90fedc6a8ca9

Four geological domain composites were subjected to a program of comminution scoping tests, including Crushing Work Index (CWi), Bond Ball Mill Work Index (BWi) and Abrasion Index (Ai). Twenty-one samples were tested in total. CWi tests reported energy consumptions between 4.8 and 11.3kWh/t, while the BWi measurements were from 4.8 to 15.9kWh/t with only one sample above 14 kWh/t. Thus, the majority of the samples tested fell into the category of soft or medium competency level for crushing and grinding. These early indications suggest that relatively low capital and operating costs could be anticipated for any potential comminution circuits. The reported values of abrasion index of between 0.06g and 0.54g corresponds to low to medium abrasivity for these samples. Sulphide materials reported the highest values in the range of medium abrasion behaviour, while the oxides were generally the lowest.

In general, the flotation performance of these composites was very good, with high silver recoveries achieved using Potassium Amyl Xanthate (PAX) as the primary mineral collector. Silver recoveries of up to 96% for the sulphide composite and 86.8% for the transition composite were reported using this simple approach. Silver recovery appeared to be relatively insensitive to pulp pH although finer grinds and the addition of a secondary collector appeared to give marginal increases in metallurgical performance for the transition composite.

The oxide composite also responded well to standard sulphide flotation conditions with silver recoveries in the 90% range. Maximum recoveries were achieved using nitrogen gas for oxide composite flotation, although this slight improvement appears to have been achieved primarily as a result of higher concentrate mass pull.

Four metallurgical composites of oxide, transition and sulphide mineralization were prepared for cyanide leaching test work as summarized in Table 3. The bottle roll test work program comprised of a battery of 33 individual scoping tests, each running for 72 hours and using a variety of conditions (grind sizes, cyanide solution strength, oxygen levels, and temperatures) to assist begin definition of the metallurgical characterization of Silver Sand mineralization.

A variety of results were obtained from the work. A summary of the better data points is presented in Table 4 below.

These leaching results are in general very encouraging and further optimization test work is recommended to better characterize the deposit.

Column leach tests were completed on the two oxide samples, using coarser material than the bottle roll work (crushed to 100% passing 1/2”). Each column test ran for 75 days and the dissolved oxygen (DO) level was maintained throughout all tests.

A photo accompanying this announcement is available at https://www.globenewswire.com/NewsRoom/AttachmentNg/68dc0ec7-6971-4513-9a59-4fee797a596d

Technical information contained in this news release has been approved by Andy Holloway, P.Eng., CEng., Principal Process Engineer at AGP Mining Consultants Inc., who is a Qualified Person for the purposes of National Instrument 43-101 – Standards of Disclosure for Mineral Projects (“NI 43-101”).

New Pacific is a Canadian exploration and development company which owns the Silver Sand Project in Potosí Department of Bolivia, the Tagish Lake gold project in Yukon, Canada and the RZY Project in Qinghai Province, China. Its largest shareholders are Silvercorp Metals Inc. and Pan American Silver Corp., one of the world's largest primary silver producers, which operates six mines, including the San Vicente mine located in the Potosí Department of Bolivia.

Certain of the statements and information in this press release constitute “forward-looking information” within the meaning of applicable Canadian provincial securities laws. Any statements or information that express or involve discussions with respect to predictions, expectations, beliefs, plans, projections, objectives, assumptions or future events or performance (often, but not always, using words or phrases such as “expects”, “is expected”, “anticipates”, “believes”, “plans”, “projects”, “estimates”, “assumes”, “intends”, “strategies”, “targets”,  “goals”, “forecasts”, “objectives”, “budgets”, “schedules”, “potential” or variations thereof or stating  that certain actions, events or results “may”, “could”, “would”, “might” or “will” be taken, occur or be achieved, or the negative of any of these terms and similar expressions) are not statements of historical fact and may be forward-looking statements or information.

Forward-looking statements or information are subject to a variety of known and unknown risks, uncertainties and other factors that could cause actual events or results to differ from those reflected in the forward-looking statements or information, including, without limitation, risks relating to: fluctuating equity prices, bond prices, commodity prices; calculation of resources, reserves and mineralization, foreign exchange risks, interest rate risk, foreign investment risk; loss of key personnel; conflicts of interest; dependence on management and others.

CAUTIONARY NOTE TO US INVESTORS

This news release has been prepared in accordance with the requirements of NI 43-101 and the Canadian Institute of Mining, Metallurgy and Petroleum Definition Standards, which differ from the requirements of U.S. Securities laws. NI 43-101 is a rule developed by the Canadian Securities Administrators that establishes standards for all public disclosure an issuer makes of scientific and technical information concerning mineral projects. 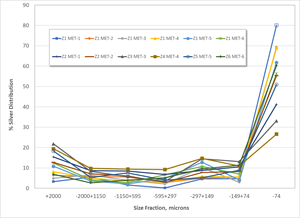 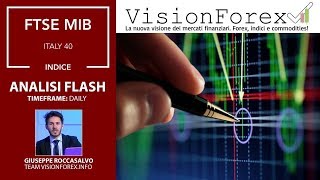 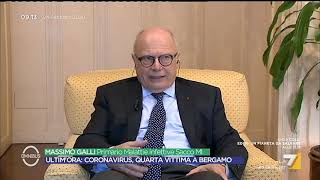 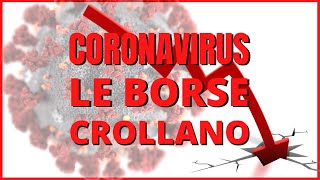 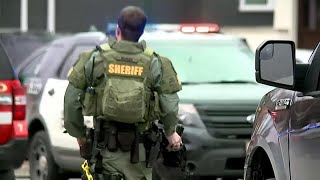