NEW YORK, Dec. 3, 2020 /PRNewswire/ -- Pomerantz LLP announces that a class action lawsuit has been filed against certain officers of Precigen, Inc. f/k/a Intrexon Corporation ("Precigen" or the "Company") (NASDAQ: PGEN).  The class action, filed in United States District Court for the Northern District of California, and docketed under 20-cv-07442, is on behalf of a class consisting of all persons other than Defendants who purchased or otherwise, acquired the Company's securities between May 10, 2017 and March 2, 2020, both dates inclusive (the "Class Period").  Plaintiff seeks to recover compensable damages caused by Defendants' violations of the federal securities laws and to pursue remedies under Sections 10(b) and 20(a) of the Securities Exchange Act of 1934 (the "Exchange Act") and Rule 10b-5 promulgated thereunder.

If you are a shareholder who purchased Precigen securities during the class period, you have until December 4, 2020, to ask the Court to appoint you as Lead Plaintiff for the class.  A copy of the Complaint can be obtained at www.pomerantzlaw.com.   To discuss this action, contact Robert S. Willoughby at newaction@pomlaw.com or 888.476.6529 (or 888.4-POMLAW), toll-free, Ext. 7980. Those who inquire by e-mail are encouraged to include their mailing address, telephone number, and the number of shares purchased.

The complaint alleges that throughout the Class Period, Defendants made materially false and/or misleading because they misrepresented and failed to disclose the following adverse facts pertaining to the Company's business, operations, and prospects, which were known to Defendants or recklessly disregarded by them.  Specifically, Defendants made false and/or misleading statements and/or failed to disclose that: (i) the Company was using pure methane as feedstock for its announced yields for its methanotroph bioconversion platform instead of natural gas; (ii) yields from natural gas as a feedstock were substantially lower than the aforementioned pure methane yields; (iii) because of the substantial price difference between pure methane and natural gas, pure methane was not a commercially viable feedstock; (iv) the Company was under investigation by the SEC; and (v) as a result of the foregoing, Defendants' public statements were materially false and misleading at all relevant times.

On March 2, 2020, during after-market hours, the Company filed a Form 10-K with the Securities and Exchange Commission ("SEC"), reporting the Company's financial and operating results for the quarter and year ended December 31, 2019 (the "2019 10-K").  The 2019 10-K stated the following regarding the SEC's investigation:

[I]n October 2018, the Company received a subpoena from the Division of Enforcement of the SEC informing the Company of a non-public, fact-finding investigation concerning the Company's disclosures regarding its methane bioconversion platform. 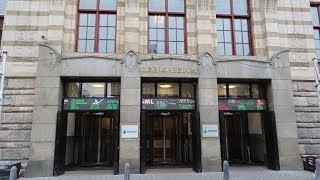 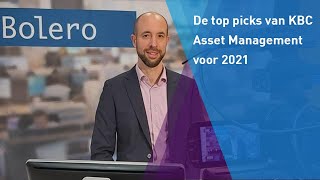