ASM is a leading supplier of semiconductor process equipment for wafer processing. We’re a truly global company. Based ​in 14 countries, we benefit from a wider perspective and the advantages of bringing together the best brains in the world to create new breakthroughs. We pioneered important aspects of many established wafer-processing technologies used in industry, including lithography, deposition, ion implant and single-wafer epitaxy. In recent years, we brought Atomic Layer Deposition (ALD) and Plasma Enhanced Atomic Layer Deposition (PEALD) from R&D right through to mainstream production at advanced manufacturers sites. Our broad portfolio of innovative technologies and products are being used right now by the most advanced semiconductor fabrication plants around the world. Helping them to progress along their technology roadmap. Making integrated circuits or chips smaller, faster and more powerful for everyone. ASM is part of the ASM International NV group that also includes ASM Pacific Technology (ASMPT). ASMPT, in which ASMI holds a substantial ownership of approximately 40%, is a leading supplier of semiconductor process equipment for wafer assembly and packaging, and for surface mount technology.
http://www.asm.com/ 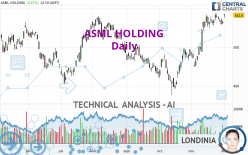 Has the basic bullish trend slowed or is it lacking in power? The short term does not yet offer any information that would… 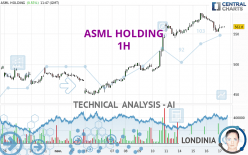 The bullish trend is currently very strong on ASML HOLDING. As long as the price remains above the support at 497.50 EUR, you… 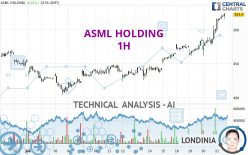 Why The World Relies On ASML For Machines That Print Chips