"We're thrilled to welcome Bob and Steve as SIA's leadership team for 2021, which figures to be a busy and pivotal year for our industry," said John Neuffer, SIA President and CEO. "Both engineers by trade, Bob and Steve are dedicated industry leaders and accomplished champions for chip technology. Their combined skills and experience will greatly benefit SIA in the year ahead as we work to advance semiconductor industry priorities in Washington and capitals around the world."

Bruggeworth served as President and CEO of RFMD from January 2003 to December 2014, prior to the merger of RFMD and TriQuint to form Qorvo. He was previously President of RFMD from June 2002 until January 2003. Before this, he was also Vice President and then President of RFMD's wireless products group. Prior to joining RFMD in September 1999, Bruggeworth held various leadership positions at AMP Inc. (now TE Connectivity), serving most recently as VP of Global Computer and Consumer Electronics. He is an electrical engineer and a graduate of Wilkes University, Wilkes-Barre, Pa.

"I look forward to serving as 2021 chair of SIA, a coalition that has never been more important to our industry and our country than it is now," Bruggeworth said. "I'm eager to work alongside my colleagues on the SIA board to raise awareness about our industry and the tremendous importance of semiconductor technology to our country's economic strength and national security."

Mollenkopf joined Qualcomm in 1994 as an engineer and during his tenure has helped to make Qualcomm a leader in foundational technologies, such as 5G, and the world's largest mobile chipset supplier. His technical and business leadership have been critical to the development and implementation of multiple industry-leading innovations and products. A published IEEE author, Mollenkopf holds patents in areas such as power estimation and measurement, multi-standard transmitter system, and wireless communication transceiver technology. He holds a Bachelor of Science in electrical engineering from Virginia Tech, and a Master of Science in electrical engineering from the University of Michigan.

"Amid an ongoing pandemic and global economic uncertainty, smart government policies are needed now more than ever to ensure sustained U.S. leadership in semiconductor technology," said Mollenkopf. "Our industry speaks with one voice through SIA to promote policies that advance semiconductor innovation and the many chip-enabled technologies of the future."

About SIA
The Semiconductor Industry Association (SIA) is the voice of the semiconductor industry, one of America's top export industries and a key driver of America's economic strength, national security, and global competitiveness. Semiconductors – the tiny chips that enable modern technologies – power incredible products and services that have transformed our lives and our economy. The semiconductor industry directly employs nearly a quarter of a million workers in the United States, and U.S. semiconductor company sales totaled $193 billion in 2019. SIA represents 95 percent of the U.S. semiconductor industry by revenue and nearly two-thirds of non-U.S. chip firms. Through this coalition, SIA seeks to strengthen leadership of semiconductor manufacturing, design, and research by working with Congress, the Administration, and key industry stakeholders around the world to encourage policies that fuel innovation, propel business, and drive international competition. Learn more at www.semiconductors.org. 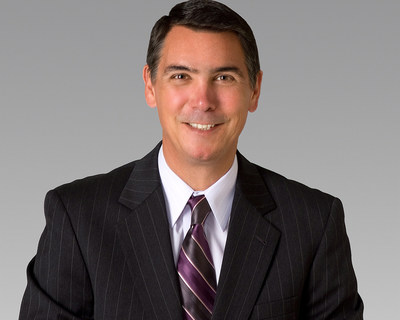 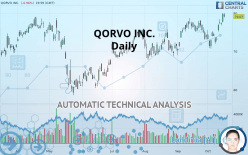 QORVO INC. is part of a very strong bullish trend. Traders may consider trading only long positions (at the time of purchase)… 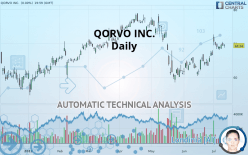