This announcement has been corrected to reflect a change to the information
contained within the note ##. The sterling price of 459.00 has been amended to
452.00 and the US cents rate prevailing at 31 March 2019 has been changed from
$1.3176 to $1.3030. All other information remains the same.

^^The Company’s performance benchmark (the MSCI EM Latin America Index) may be calculated on either a Gross or a Net return basis. Net return (NR) indices calculate the reinvestment of dividends net of withholding taxes using the tax rates applicable to non-resident institutional investors, and hence give a lower total return than indices where calculations are on a Gross basis (which assumes that no withholding tax is suffered). As the Company is subject to withholding tax rates for the majority of countries in which it invests, the NR basis is felt to be the most accurate, appropriate, consistent and fair comparison for the Company. Historically the benchmark data for the Company has always been stated on a Gross basis. However, as disclosed in the Company’s Interim Report for the six months ended 30 June 2018, it is the Board’s intention to monitor the Company’s performance with reference to the NR version of the benchmark. For transparency both sets of benchmark data have been provided.

For the month of March 2019, the Company’s NAV returned -1.6%1 with the share price moving -1.5%1. The Company’s benchmark, the MSCI EM Latin America Index, returned -0.5% (on both a gross and net basis)2 (all performance figures are in sterling terms with dividends reinvested)

Latin America underperformed both Emerging and Developed Markets in March as negative returns in Brazil and Chile dragged on the region. An underweight to Chile was the largest contributor to relative performance. From a sector perspective selection in IT and Energy benefitted the Company. Selection in Brazil, as well as a lack of positioning in Colombia (the month’s top performing country) were the main sources of underperformance.

Pockets of performance were felt on a stock specific basis. Software firm, Linx, was the month’s top performer as the company reported strong recurring revenues and growth from new initiatives, particularly from Linx Digital and Linx Payhub. Despite politically driven volatility impacting the broader Brazilian market, Petrobras remained resilient on the back of oil price strength. Broadly we also saw net positive contribution from Mexico as Andrés Manuel López Obrador’s (AMLO) popularity continues to climb and activity showed signs of stabilizing. FEMSA and Banco del Bajio were both additive over the month. On the other hand Brazilian names detracted across sectors. Retailer, Lojas Americanas, as well as lenders, Bradesco and Itau, were all among the worst performers amid lacklustre economic activity and social security reform delays. An off-benchmark position in telecom name, Oi, was the month’s worst performer. Also detracting was our lack of positioning in Colombia, as anchored inflation and a resilient labour market has helped drive domestic activity.

Positioning was relatively unchanged over the month. Brazil remains our largest overweight, however, we continue to actively manage our exposure, and have recently reallocated some risk away from the country, selectively adding to Mexico and keeping some dry powder on the side lines. In Brazil we notably trimmed financials exposure, while also bringing our position in Ambev to a modest underweight, following a pick-up in competitive pressures from Heineken. We are taking advantage of depressed valuations in Mexico to top up positions in FEMSA and Walmart de Mexico. We also initiated a position in airport operator GAP, on positive traffic and commercial revenue outlook. We also added to Argentine positions on weakness. The portfolio ended the month being overweight Brazil and Mexico, while being underweight Chile, Peru, and Colombia. We also maintain an off-benchmark allocation to Argentina. At the sector level, we are overweight the domestic consumer and real estate, while being underweight utilities and financials.

Brazil remains our largest overweight, given our positive expectations for the incoming administration. So far President-elect Jair Bolsonaro has delivered on his campaign promises, looking to reduce the size of government by initially reducing the number of ministries, naming sector/subject experts to lead cabinets, and pointing to a continuation of the reform process initiated two years ago. Meanwhile, the outlook for upcoming corporate results point to a continuation in the economic recovery, providing strong momentum for growth into 2019. Elsewhere, the cancellation of NAIM (the New Mexico International Airport) reminded markets of the concerns regarding increasing populism for the incoming administration in Mexico, reiterating our cautiousness with Mexican equities. We remain underweight the Andean region due to a combination of unattractive valuation and disappointing growth. Finally, the dramatic sell off in Argentina in 2018 leaves the stocks trading at attractive valuations while interest rates and currency have mostly stabilized providing a foundation for the economy to rebound from recent downturn.

Latest information is available by typing www.blackrock.co.uk/brla on the internet, "BLRKINDEX" on Reuters, "BLRK" on Bloomberg or "8800" on Topic 3 (ICV terminal).  Neither the contents of the Manager’s website nor the contents of any website accessible from hyperlinks on the Manager’s website (or any other website) is incorporated into, or forms part of, this announcement.

In the short term, there could be an acceleration of the basic bullish trend on BLACKROCK INC.. This is a positive signal for… 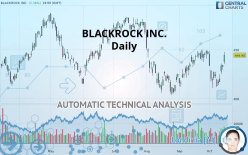 All elements being clearly bearish, it would be possible for traders to trade only short positions (for sale) on BLACKROCK… 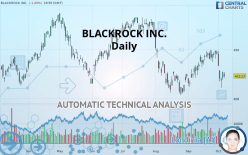 There is a bearish trend on BLACKROCK INC. both at the basic level and in the short term. A sale could be considered, so long… 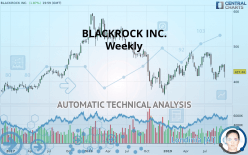 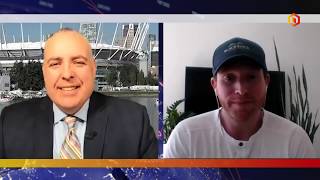 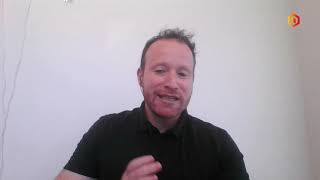 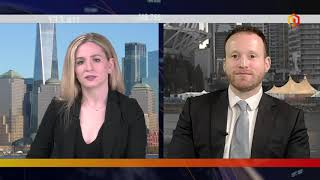